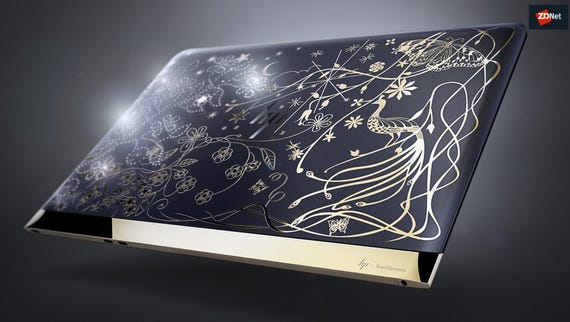 This year's Pavilion x360 models will be available with 8th generation Intel Core i5 or i7 dual- and quad-core processors with discrete graphics.

The convertibles come installed with the Windows 10 Fall Creators Update and the displays support pen and touch for using Windows Ink.

According to Laptop Mag, the bezels on the left and right sides are 6.55mm wide, so just over half the width of last year's models. The laptops come with USB Type-C port and dual USB Type-A 3.1 ports.

HP has also released 14-inch and 15-inch Pavilion notebooks. The entry level 14-inch Core i5 model comes with 8GB of RAM, a 1TB hard drive, and a 1,366 x 768-pixel screen. Pavilion buyers have the option of AMD Ryzen processors in the 15-inch models.

Debuting at CES 2018, the 15.6-inch two-in-one shows the pen might be mightier than the Touch Bar.