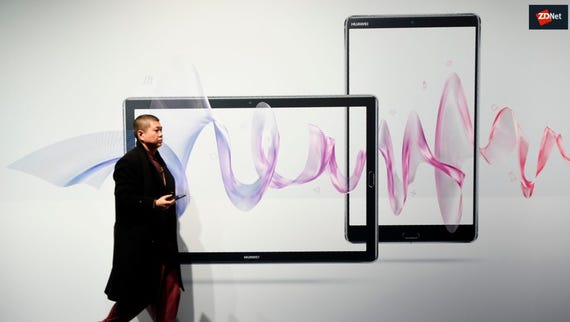 Announced during Huawei's Digital Transformation Forum on Sunday ahead of Mobile World Congress (MWC) 2018 in Barcelona, the Chinese networking giant said it would work with local operators, governments, and industry partners on forming IT solutions for emerging markets.

According to Huawei, around 3 billion people across the globe do not have access to broadband services, with the company seeing opportunity in breaking down the infrastructure and ecosystem barriers to network development.

"Huawei is focused on three core areas to help operators meet the burgeoning demands on their networks. We are engaging with industry partners to build open, cooperative, and win-win industry ecosystems for IT infrastructure, and creating business solutions to help operators deliver services that generate new revenue streams while simultaneously improving the quality of life in emerging markets."

A new industry environment includes encouraging governments to design and implement a complete IT plan with industry support, with Huawei pointing to the way it has helped drive the Malaysian government's tech roadmap so that its digital economy now brings in 17 percent of its GDP.

New cooperation modes, meanwhile, would see Huawei partner with local companies to "drive the positive cycle of business development and network construction". This would include aiding carriers to reuse existing towers and government assets; working with partners on building a fibre-to-the-home alliance; and collaborating on infrastructure builds.

During the past year, Huawei said more than 30 such infrastructure industry alliances have been formed.

"These [solutions] are primarily introduced to increase the efficiency of network operation and maintenance, rapidly deploy broadband to the home, and fully leverage existing network and public assets to unleash site potential and maximise spectral efficiency," Huawei explained.

The company said it is already implementing its "CloudAIR spectrum cloudification technology" throughout India and Thailand, which accelerates 3G and 4G deployment; its RuralStar solution throughout rural areas in Africa, which is now providing 80 million users with improved network coverage, amid plans to upgrade another 40,000 base stations to serve 180 million users later in 2018; its Mobile Money banking operations solution in Kenya; and its wireless-to-the-X (WttX) solution in Mongolia, the Philippines, South Africa, and Sri Lanka.

"Over the course of one year, in Mongolia and Morocco, broadband connections are provided for 10 percent and 5 percent of families, respectively. In Saudi Arabia and Egypt, the traditional copper cables will be introduced to improve user experience."

"Huawei is persistently dedicated to working closely with industry partners to promote further 5G trials and commercial deployment. The goal is to accelerate the development of the entire industry," the company said.