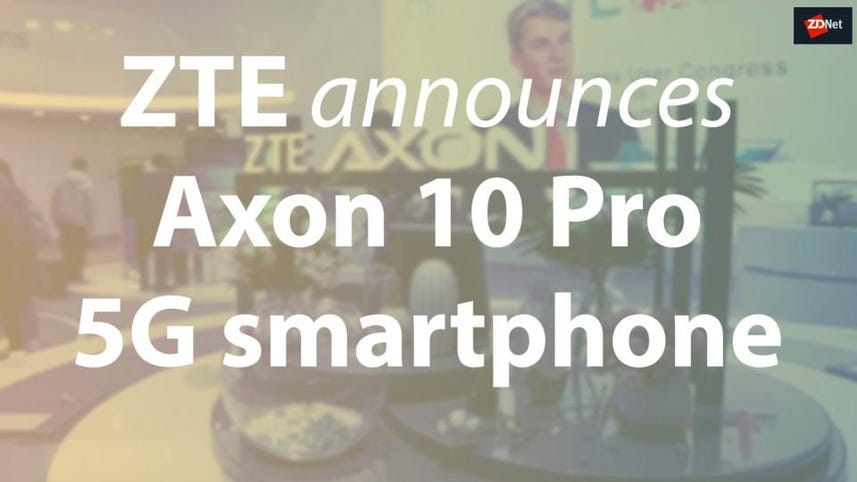 Chinese tech giant ZTE has announced its 5G flagship smartphone at Mobile World Congress (MWC) 2019, with the Axon 10 Pro 5G to launch in China and Europe by June 2019.

"In addition, ZTE adopts the Smart SAR solution to intelligently reduce electromagnetic radiation and minimize damage to the human body on the basis of ensuring signals."

The Axon 10 will be launching with China Unicom, Elisa, and Hutchison Drei Austria, with ZTE in cooperation with "mainstream carriers in eight countries".

ZTE also announced its new Blade V10 and V10 Vita smartphones, which will launch across China, Europe, and Latin America -- the first two in March, and the latter region in April.

The 5G Pad comes with an integrated antenna, and is designed to ensure that blindspot areas including bridge tunnels, alleyways, smaller venues, and tourism areas have coverage; and the Qcell is focused on improving indoor coverage across high-density venues including malls, gyms, offices, and airports.