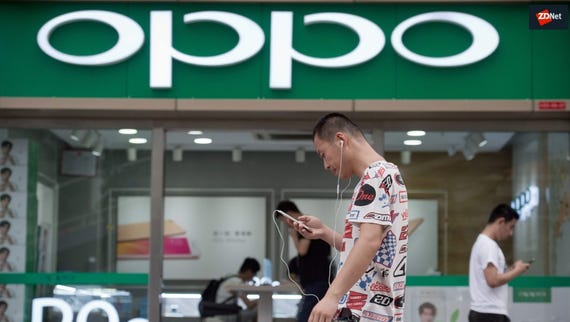 Oppo has announced completing a 5G connection using a mobile device in Australia, with the Chinese technology company saying this will provide the foundation for commercially launching 5G smartphones in 2019.

Oppo said it is aiming to become the first company to release a 5G smartphone.

"This latest test by the Oppo Research Institute is a significant milestone in helping the company achieve its goal," Oppo said.

"The 5G internet connection was carried out on a pre-commercially available 5G smartphone, developed on the basis of an Oppo R15. It was customised with fully integrated 5G components, including a system board, RF, RFFE, and antenna."

Oppo told ZDNet that the test was conducted in its Research Institute in a 5G communication protocol laboratory environment.

"5G technology has been discussed among consumers for quite a few years and we're looking forward to bringing the new technology to Australian shores. This is the first step in making 5G a reality," Oppo Australia MD Michael Tran added.

During Mobile World Congress (MWC) 2018 in Barcelona at the start of this year, ZTE also said that it would launch 5G devices in either late 2018 or early 2019, with smartphones, tablets, and customer premises equipment (CPE) already under development.

"Ready for commercialisation, ZTE's 5G solutions are going to be launched soon," the company said in February.

"As a pioneer in the 5G era, ZTE has made the rollout of its 5G solutions the core goal."

Also working on a 5G phone for 2019 is LG, which announced in August that it is aiming to deliver a smartphone with Sprint following the launch of the United States carrier's 5G network at the beginning of next year.

Sprint and LG said they would have more information on device specifications and exact timing of the launch at a later date.

"LG has done tremendous work developing technical designs that enable us to be among the first movers in mobile 5G," Sprint CTO Dr John Saw said in August.

"Today's announcement brings us one step closer to putting a beautifully designed advanced 5G smartphone in our customers' hands."

Oppo is meanwhile also making the world's first phone with 10GB of RAM. The new model of Oppo's Find X will also come with 256GB of storage.

Oppo is the world's fifth largest smartphone brand by shipments, behind Samsung, Huawei, Apple, and Xiaomi, according to IDC.

Rumors revealed all the details of the new OnePlus phone and today the OnePlus 6T was officially announced in NYC. The OnePlus 6T includes some new technology for the company while also doing away with something OnePlus fans have been enjoying until now.

Windows Phone: Why Microsoft built this E Ink second screen for its Lumia 640

Sadly, you'll probably never get to buy one of these handy, second-display Windows 10 Mobile covers.

Apple's iPad Pro refresh will feature new specifications and design, but the real purpose is to keep the company's massive enterprise flywheel going.

Ericsson and Fujitsu partner on 5G

Ericsson and Fujitsu will combine their expertise across radio access and core network technology to offer 5G services and solutions across Japan and globally.

Despite its sluggish share performance, Xiaomi saw a notable smartphone shipment growth in 2018 as it completed its annual target two months ahead of plan.

Annual reports on spectrum plans, a spectrum strategy task force, a long-term National Spectrum Strategy, and technology R&D efforts have been commanded under a new US presidential memorandum.