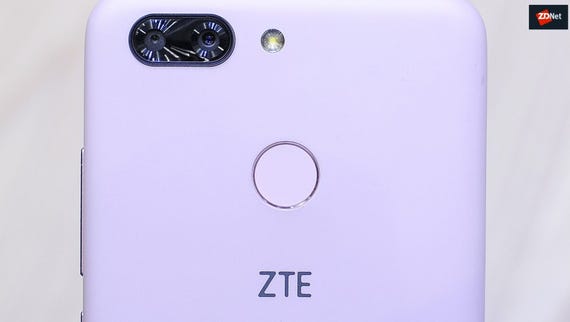 ZTE has said that it will launch 5G devices in either late 2018 or early 2019, with smartphones, tablets, and customer premises equipment (CPE) already under development.

Speaking on its 5G commercialisation, connectivity, cloud services, Internet of Things (IoT) applications, and new terminal products at Mobile World Congress (MWC) 2018 in Barcelona on Monday, ZTE added that it is aiming to have 5G devices ready by the time 5G networks are available.

"Ready for commercialisation, ZTE's 5G solutions are going to be launched soon," the company said.

"As a pioneer in the 5G era, ZTE has made the rollout of its 5G solutions the core goal."

ZTE further stated that it will be deploying networking products across commercial 5G networks by the first half of next year, with the Chinese telecommunications technology provider also saying it is "well prepared to help operators deploy 5G".

Alongside the company's 1.2Gbps-capable smartphone announcement this week, ZTE explained that it is helping partners with technology verification through what it called "the most commercially viable 5G field test network currently available".

ZTE also spruiked its pre-5G solutions and products in helping carriers to improve their 4G networks in preparation for 5G, including 5G Flexhaul and Titan.

"ZTE's 5G Flexhaul solution, featuring ultra-high clock accuracy and ultra-low time delay, in addition to having passed backhaul and fronthaul testing on the operators' networks, as well as Titan, a centralised routing and signalling platform that provides 5G Fronthaul and FMC (fixed-mobile convergence) and fully supports network reconfiguration on the access layer, will allow operators to quickly incorporate and deploy 5G networks."

ZTE is also showcasing its new IoT platform during MWC for the first time, which it said was created in partnership with global operators, including smart cities use cases across street lighting, meter reading, parking, and air quality monitoring.

The MWC announcements follow ZTE last year saying it is committed to pioneering 5G, with plans to enable mobile carriers to transition to the faster network standard worldwide by leading the industry in technology and commercialisation.

Calling it a world first, ZTE said the solution is "the key to the 5G network supporting industry digital transformation" by enabling a physical network to be allocated across several virtualised network slices for different needs and services. It is also aimed at enabling on-demand network customisation with real-time provisioning thanks to its intelligent operation and management system.