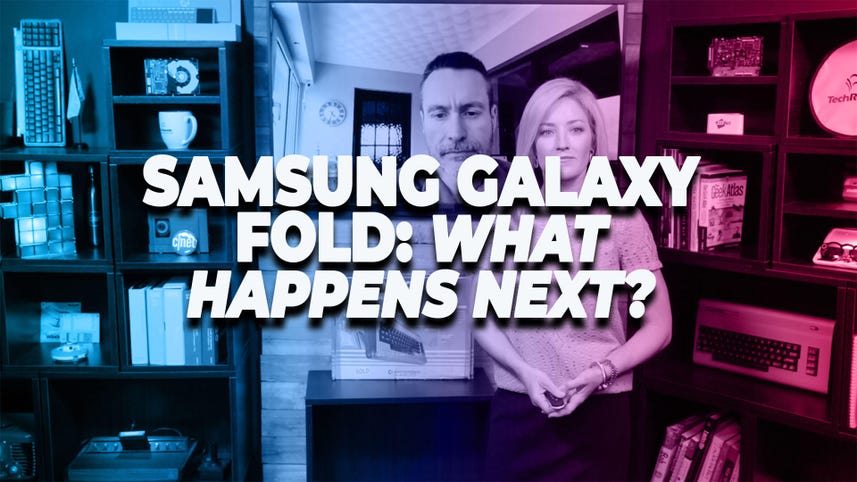 Samsung's $2,000 Galaxy Fold, its first foldable tablet-phone, should be available in time for the holiday season, according to Bloomberg.

Fortunately for Samsung the issues were discovered before the official launch. But Samsung's mobile boss DJ Koh admitted the incident was "embarrassing" and that he "pushed it through before it was ready".

Koh this week said the Galaxy Fold is still in testing and that its relaunch will happen "in due course". However, according to Bloomberg sources, Samsung is now in the final stages of producing a fixed commercial version of the Fold. But an actual start date for Fold sales hasn't yet been finalized.

One of the key design problems has been that the Fold had a screen protection layer that looked like it was removable, which it is not meant to be.

Bloomberg's sources said to fix the Galaxy Fold, Samsung has "stretched the protective film to wrap around the entire screen and flow into the outer bezels so it would be impossible to peel off by hand".

Samsung also re-engineered the hinge so that it is flush with the display and serves to help stretch the protective layer when the phone opens.

The new design reportedly makes the protective layer feel harder and integral to the device, rather than a detachable component.

Samsung was hell-bent on being the first to launch a foldable phone amid rumors that rival Huawei was on the cusp of launching one, too. However, now that Huawei has delayed its Mate X foldable launch the pressure is off Samsung.

Samsung thinks the Galaxy Fold could be the next Galaxy Note, which helped spawn a new generation of larger display phones like the iPhone 'Plus' models.

The company's execs this week laid out their vision for a not-too-distant future where smartphones vanish and are replaced by 5G-enabled wearables and other flexible screen-based devices located in homes, cars, and the office.

Koh said the arrival of 5G and the Internet of Things meant as a company, Samsung "must think rather than smartphones, we must think smart devices".

One of those non-phone devices will be the Galaxy Home smart speaker, which was supposed to launch in May but has been delayed until the third quarter of 2019.

More on Samsung and smartphones