The state government will be launching a 'digital Opal card' this year.
Written by Asha Barbaschow, Journalist on Jan. 23, 2020 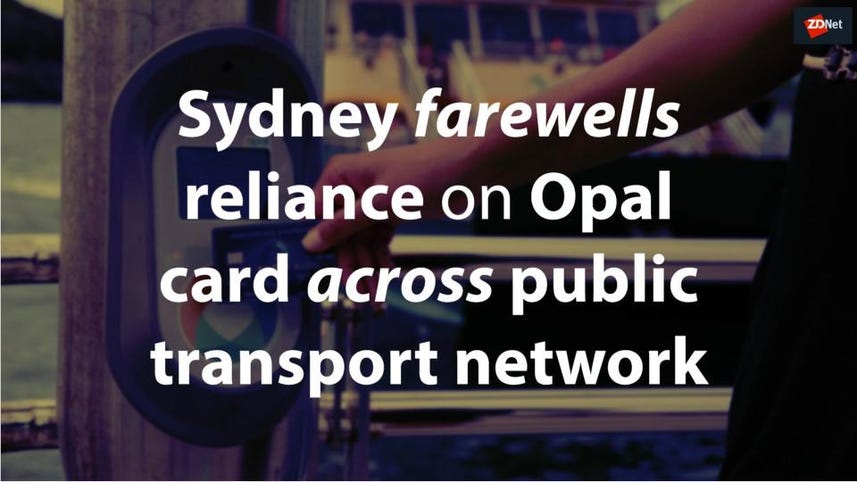 The New South Wales government has touted its contactless public transport payment system a success as 30 million journeys have been taken using debit or credit cards, or linked devices such as smartphones or watches, since 2017.

After introducing the first trial of the feature on ferries in July 2017, the state government said around 1.5 million journeys are paid for without an Opal card in an average week.

The feature allows commuters to pay via the PayPass or PayWave function on either debit or credit cards -- including smartphones and any smart devices that have NFC payment capability -- in lieu of using an Opal card.

"The NSW government is powering ahead with more innovative payment options for those using our Opal network as people continue to move away from cash, and even more recently cards," Acting Minister for Transport and Roads Paul Toole said on Friday.

"We know digital wallets are becoming more common, so being able to pay a fare with a mobile phone or smart watch is just another added convenience for commuters."

Toole said the government is aiming to create more digital products, including the digital Opal card which it plans to roll out in a trial phase this year.

The function was made available on the Sydney Trains network and on any NSW Train Link Opal service in November 2018.

The trial was then extended to Visa and American Express cardholders in March 2018, allowing the use of all three card types on all ferries and one light rail service.

Sydney buses were the last piece, allowing the function in September.

Speaking in July, Minister for Transport and Infrastructure Andrew Constance outlined his vision for the future of transport in the state that is home to over 22% of Australia's population, saying the government was looking to rely heavily on data, biometrics, and real-time access.

Among other things, Constance said the government is focused on making the public transport journey easier and faster for customers.

"I'm sure we'll see new forms, frictionless transport payments, not too far off," he said.

These new forms, Constance said, would give commuters an Amazon Go-like experience.

"In essence, you sign up for a nominal fee each week or month and all the different pricing for public or private providers will be built into this, whether it be an Uber or rideshare car, bicycle, or a metro train," he explained.

"I don't think it's unrealistic to see this same kind of service being introduced in Sydney in the near future -- seamless, customer-focused Opal transport."