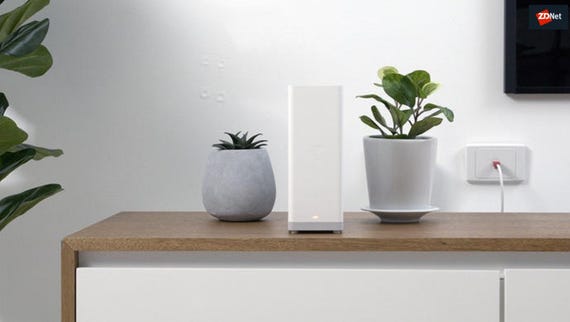 Telstra has announced adding voice services to its National Broadband Network (NBN) 4G-backup modem, calling the addition "vital" as over 3 million voice calls daily are made over home phones by its NBN customers.

According to the telco, there are now more than 600,000 Telstra Smart Modems deployed across the nation, providing backup 4G services in the event of an NBN outage or a delayed migration from legacy broadband services.

"The Telstra Smart Modem Gen 2.0 now provides peace of mind that their home phone will be available during a network outage. So Telstra NBN customers can continue to make voice calls over the 4G network in the event that their broadband service is disrupted and power is still available in the home," Telstra said.

"With this data now one touch away for our field techs, it means they can arrive at a customer's home and already know how a customer's broadband and home network is performing, how many devices are connected, the service history of the home and how much data is being used," Telstra explained.

"It improves our ability to find the root cause of the problem and in turn allows us to find a quicker resolution."

Speaking in February, Telstra CEO Andy Penn had outlined Telstra's strategy to improve NBN customer service, including by extending its combined fixed and mobile modem to all new, migrating, or recontracting home bundle customers, which saw the modem grow from 85,000 customers at the time to 600,000 now.

"On fixed, we are moving to provide customers with an always-connected experience," Penn said in February.

"The smart modem brings together our fixed and 4G mobile networks in a single device to get new customers activated sooner, and existing customers back online quickly if their fixed service is interrupted.

"Once plugged in, the smart modem will connect a home or small business to the internet within minutes, over 4G, without having to wait for the fixed service to be installed and switched on, which can take a long time for customers migrating to NBN."

Vodafone Australia similarly launched a 4G-backup NBN modem last year, with its Wi-Fi Hub providing backup 4G internet access in the event of an outage or delay in migration.

In June, Vodafone then launched a Wi-Fi booster, which Vodafone GM of Fixed Matthew Lobb described to ZDNet as being a "mini-me version of our Wi-Fi hub".

Lobb told ZDNet that Vodafone again worked with Technicolor on the booster, which has similar capabilities, including dual-band Wi-Fi with the ability to connect 32 devices.

This followed Vodafone in March automating its 4G backup service.

"Initially in the pilot, Vodafone would turn on the 4G service after some troubleshooting work with our customers," Lobb told ZDNet.

"We changed that so the device will automatically move to 4G as soon as there's a fault ... there'll be no time when they're disconnected."