At CES, OnePlus is showing off a concept phone that has electrochromic glass that hides and reveals the triple camera setup.
Written by Jason Cipriani, Contributing Writer on Jan. 7, 2020 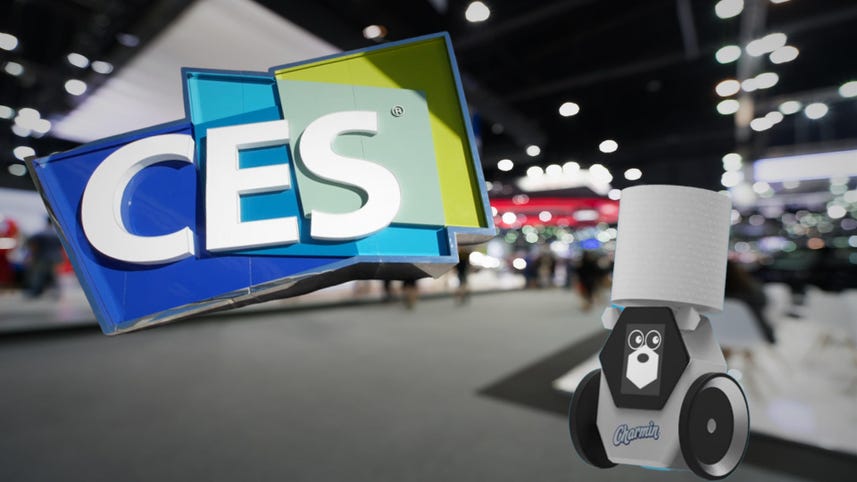 Every year at CES, companies show off futuristic products that do everything from promise to make our lives easier to show off just downright cool advances in technology. Last month, OnePlus announced it would show off a concept design of its own at CES 2020.

Fast forward to the opening day of CES, and OnePlus is showing off an electrochromic glass back on its Concept One smartphone. To be clear, this phone is purely a concept device and won't ever be released -- but the tech that OnePlus is showing is pretty neat.

According to OnePlus, the electrochromic glass uses "organic particles" that react to an electrical field to create different colors. In this specific implementation, when the camera app on the Concept One is closed, the glass back tints the glass so you can't make out the three camera lenses underneath. When you open the camera app, the glass turns transparent, revealing the cameras and allowing you to take a photo or video.

The glass goes from black to clear in 0.7 seconds, or faster than it takes for the camera app to open. Meaning that by the time the camera is open, the glass has already transitioned to clear and should never prevent you from taking a photo.

ZDNet's sister site CNET had a chance to go hands-on with the Concept One, which you can read about and watch here.

Other than a cosmetic benefit, the glass serves a more practical purpose as well -- it provides a built-in polarizing filter for the camera lenses, something that dedicated cameras have the benefit of.

OnePlus partnered with McLaren for the Concept One, and it's apparent the moment you see the back of the phone. It's covered in a papaya orange leather back, with a racing stripe-like black line down the middle where you can find the camera and magical glass.

Outside of the hide and seek camera setup, the Concept One is essentially identical to the OnePlus 7T Pro.

What do you think of the electrochromic glass back? Is it best suited for hiding the camera setup, or is there another way OnePlus could use it that's of interest to you?

Record footage in a moment's notice with this discreet camera pen