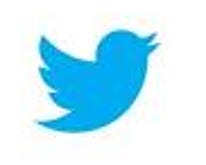 While the tech industry at large seems to increasingly litigious, Twitter is forging a new path: it's limiting itself to defensive patent litigation unless the patent's inventor approves offensive action.

Twitter has, for the first time, applied its Innovator's Patent Agreement (IPA) on a "pull down to refresh trigger" patent that was awarded by the US Patent and Trademark Office on Tuesday.

Under the terms of the IPA version 1.0, the inventor, Loren Britcher, who is now a former Twitter employee, can refuse permission for the patent to be used in offensive litigation — even if it's sold to another company.

"This promise stays with the patent: a signed copy of the IPA is kept in the public files for the patent where anyone can see it. We plan on using the IPA on all of our issued patents," Twitter's legal director Ben Lee wrote on the company blog.

Twitter published its first draft of the IPA last April in response to concerns that patents it files today could be used to block innovation by others in the future. The document was written so that inventors could retain control over patents' use.

Twitter has published its IPA on GitHub for others to use — which, if widely adopted, could help fix a US patent system that some believe makes it too easy for patent trolls to attack companies in the business of making technology.

The Electronic Frontiers Foundation has long campaigned for patent reform in the US and believes that if IPAs were adopted it would lead to fewer lawsuits and more competition.

"We still need fundamental changes to the patent system to deal with the flood of low quality software patents and the explosion of patent trolling. But the IPA is a promising development and a great way to empower innovators," said EFF attorney Daniel Nazer.