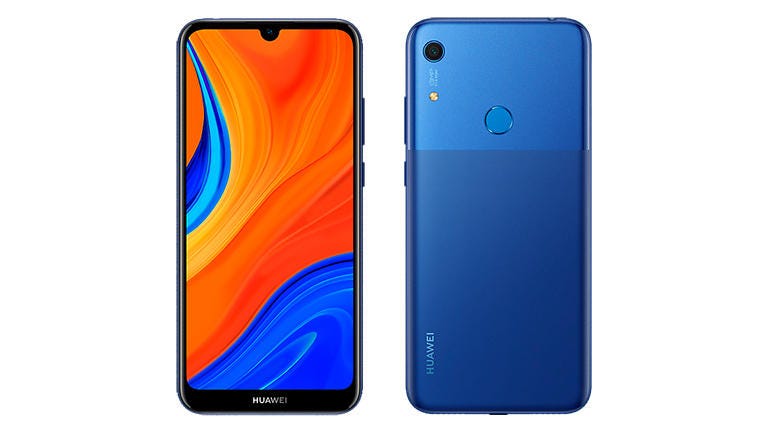 When we talk about budget smartphones, we tend to think of the £200 to £250 mark. The Huawei Y6s is an example of what can be done when you go even lower-cost -- to £110 (inc. VAT). Plenty of corners must be cut to get down to this price, but the Huawei Y6s is still a serviceable handset.

The first point to note is that the Huawei Y6s is not affected by the ban on Google Mobile Services, so if you want to experience the Play Store, Chrome, YouTube, Google Maps, Gmail and the rest as preinstalled features on a Huawei handset, you're in luck. Huawei's alternative AppGallery has a growing number of apps, but it's still nowhere near the amount in the Google Play Store, and your favourites may well not be there.

Huawei has done a good job of making the Y6s punch above its weight in the design department. The Orchid Blue back of my review handset has a two-tone design, with a slippy, shiny, reflective finish on the upper third and a more tactile, matte finish on the lower two thirds. The result is a distinctive appearance and a grippy phone.

The screen sits in nearly bezel-free long edges, but there's a significant lower bezel with room for Huawei branding. A dewdrop-style notch at the top of the screen accommodates the selfie camera. The 6.09-inch screen is a TFT LCD IPS panel with a resolution of 720 by 1,560 pixels (283ppi). That's definitely a bargain-basement pixel density, and the lower resolution was particularly noticeable when reading text -- but not to the point where I found it impossible to live with.

There is a 3.5mm headset jack on the top edge, and speaker grilles on the bottom. Sound quality isn't great, but you get plenty of volume. The handset charges via a legacy Micro-USB slot, which may be a pain if everything else you have is now charged via USB-C.

The Y6s supports two SIMs and a MicroSD card at the same time. This is great news if you find yourself needing to expand the internal storage, which on my review unit was just 32GB, of which 9GB was occupied, leaving 23GB for your own use. The handset runs on Android 9 (Pie) with Huawei's EMUI 9.1 overlay.

The absence of NFC in the UK model might put some users off the Huawei Y6s, but what I found most noticeable was its sluggishness. Screen scrolls could be jerky at times, there were notable waits for apps to load and for web pages to resolve. This is down to the MediaTek Helio P35 MT6765 chipset and its modest 3GB of RAM.

The cameras are basic: an 8MP selfie camera and a single 13MP rear camera with an f/1.8 lens. There's nothing fancy in the camera software, but if point-and-click for social media is your thing, and you don't need to take low-light photos, then it should be fine.

Without a demanding specification to deal with, the 3,020mAh battery delivers a day's use if you restrict yourself to mainstream workloads like messaging, social feeds and web browsing. But if you stream video, listen to music or play games, you'll probably have to charge the handset at some point during the day.

It's quite a feat to deliver an Android handset for little more than £100, and for the most part the compromises Huawei has made to meet that low price point are acceptable. Unfortunately, jerky scrolling and delays following screen presses might prove a deal-breaker for many buyers, Google Mobile Services support notwithstanding.