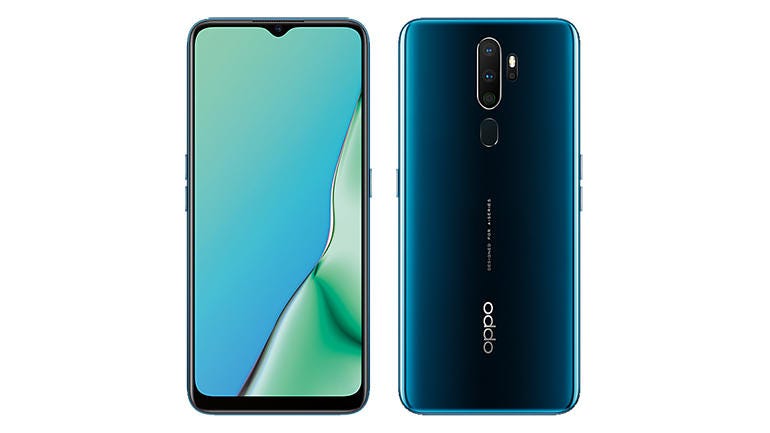 To kick off the new year, we have the Oppo A9 2020, a handset costing just £220 (inc. VAT) that gives you an impressive amount of capability for the cash.

Some obvious compromises have been made to meet this budget price point. The screen is large at 6.5 inches, but it's LCD rather than AMOLED, and has a resolution of just 1,600 by 720 pixel (270ppi). Obviously this means it pales somewhat compared to phones with high-resolution AMOLED screens, but it's still perfectly usable.

The other key compromise is the chipset, Qualcomm's mid-range Snapdragon 665 with 4GB of RAM. This turned in predictably mediocre benchmarks, averaging 1411 (multi core) and 316 (single core) on three runs of Geekbench 5. With leading Android Geekbench 5 scores currently over 2500 (multi core) and 750 (single core), that's clearly nothing to get excited about.

What is worth getting excited about is battery life. With a 5,000mAh battery and a relatively undemanding screen and processor, the Oppo A9 2020 lasted for 25 hours 33 minutes under the PC Mark for Android rundown test. That's huge, and in the real world two-day life is not out of the question, making this a good handset choice if you like to watch a bit of catch-up TV on the move. If you prefer to download content to watch later, then you'll appreciate that no compromise has been made on storage to meet the price. Also, this handset supports reverse charging, allowing you to replenish the battery in other devices if the need arises (and you have a cable to hand, of course).

There is 128GB of storage installed, and although 23GB is used before you get to install your own stuff, that still leaves 105GB free. The Oppo A9 2020 runs on Android 9 with the Oppo ColorOS overlay. The most obvious feature of ColorOS is the use of square icons, but under the surface there's quite a lot to like. One useful feature is the shortcuts applet that pops up when you make a quick flick inwards from the right edge of the screen, near the power button. This can be customised to provide fast access to your favourite apps and tools.

The Oppo A9 2020 caters for two SIMs and a MicroSD card, making it possible to boost storage and run two phone numbers at the same time.

That large battery means this is a relatively large handset that's marginally thicker than you might expect, at 9.1mm. It's on the heavy side too at 195g. I think the size and weight gains are worth it. The battery may add to the handset's thickness, but the screen bezels are minimal: the front camera sits in a little notch, and while there's a visible bezel on the bottom short edge, the screen-to-body ratio is still pretty high at 82.4%.

My Space Purple review sample had a light-refracting back which meant it transformed through shades of mauve and blue. There's also a Marine Green option. The effect is nowhere near as sophisticated as seen on leading handsets that use this technique, such as the Honor View 20. Still, it does add a little pizazz. The usual Oppo colour flash on the power switch is another distinguishing mark.

There's a 3.5mm headset jack and two speakers, one of which outputs sound from a grille on the bottom edge, while the other uses a tiny grille above the screen. There's plenty of volume, sound quality is OK, and it's nice to see an affordable handset get two speakers.

The front camera is a 16MP unit and there are four cameras at the back. The main rear camera has a 48MP sensor and an f/1.8 wide-angle lens. This is complemented by an 8MP sensor with an f/2.25 ultra-wide angle lens, and two 2MP-f/2.4 cameras for extra depth and black-and-white detail. If all you do is point and shoot, then the two 2MP cameras could arguably have been omitted to reduce the price further.

Considering its price, there's plenty to like about the Oppo A9 2020. Two SIMs, plenty of storage, a 6.5-inch screen, two speakers and excellent battery life, with reverse charging, is an appealing bundle for the money.

Phones and more: The best of everything mobile from 2019