The Samsung Galaxy 5G S10+, the LG V50 ThinQ, and the Oppo 5G phone will be available either exclusively or first on Telstra's 5G network.
Written by Corinne Reichert, Senior Reporter on Feb. 24, 2019 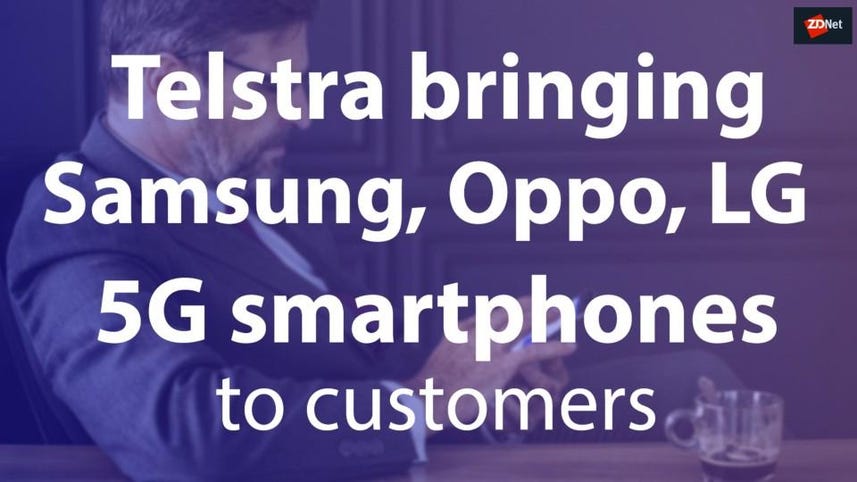 Telstra has announced that it will be carrying the Samsung, Oppo, and LG 5G smartphones either first or exclusively in Australia.

The deals, struck at CES 2019 last month and revealed ahead of Mobile World Congress (MWC) 2019 in Barcelona on Sunday, will see Telstra customers gain exclusive access to the LG V50 ThinQ and first access to the Oppo 5G phone, in addition to the Samsung Galaxy 5G S10+ handset announced last week.

The smartphones will be available "this side of the end of June", CEO Andy Penn told ZDNet.

"Now having the devices literally just coming around the corner and exclusively available on Telstra ... there's no doubt Telstra is on the forefront internationally," Penn said.

The chief executive would not say whether it has more 5G smartphones yet to announce in addition to these brands under the CES partnerships, but Penn said Telstra would also gain exclusive access to the HTC 5G Hub -- which the two companies built in collaboration -- very shortly.

"Telstra is 5G-ready now. When we began rolling out 5G technology across Australia back in August, we also started working closely with the major mobile brands and leading manufacturers of 5G handsets," he said.

"This was so Telstra customers would not only be the first to access to 5G smartphones but also have a variety of products to choose from".

Penn earlier this month told ZDNet that Telstra will have 5G pricing "definitely when we put handsets in the hands of customers, and that's not very far away".

Telstra's 5G network will launch commercially this financial year. It exceeded its goal of switching on 200 5G sites in 2018, with Penn saying it reached 207 by the end of December, including across Canberra, Adelaide, Perth, the Gold Coast, Toowoomba, Brisbane, Sydney, and Melbourne.

The telco has yet to disclose its goal for 2019.