Android 9 Pie: New features, release date, and everything you need to know

Google's latest mobile operating system is here -- and we have all the details.
Written by Jason Cipriani, Contributing Writer on Aug. 6, 2018 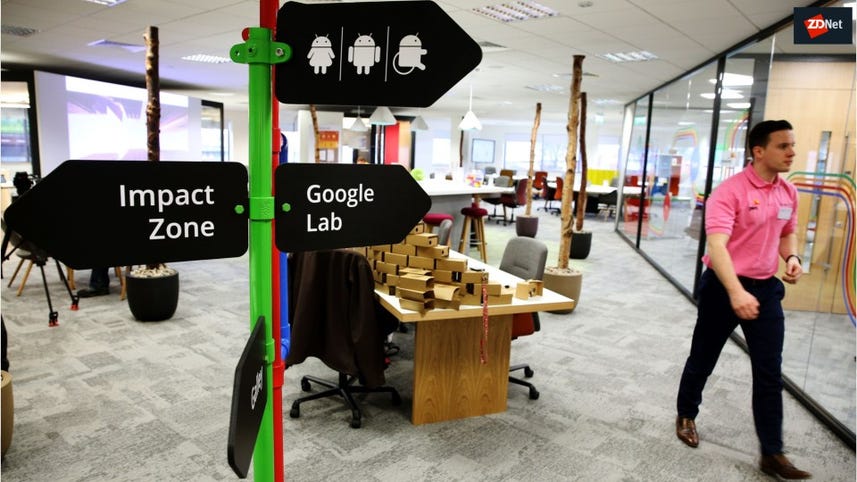 On Monday, Google not only announced the release date of Android P, but the company also revealed the official name without a lot of fanfare. Android P is officially called Android 9 Pie, and it's starting to roll out to Pixel users today.

Android 9 Pie had previously only been available to those willing to install the beta software. On Monday, Google announced 140,000 users participated in the program.

For the first time, the beta program was offered to devices outside of Google's own lineup. Devices from Nokia, Vivo, OnePlus, Xiaomi, Sony, Essential, and Oppo, all of which participated in the beta program, will receive Android 9 Pie by the end of the fall.

With the initial release, Google focused on giving developers access to new APIs, changes, and tools required to build apps for Android 9 Pie. For example, Android 9 Pie offers cutout support for devices that will use the iPhone X-like notch at the top of the display.

Other features include the ability to track a user indoors using Wi-Fi RTT to within a meter or two. Other improvements include HEIC image support, which amounts to better compression for photos, and more storage for the user.

App Actions and a Slices API

Also announced during the keynote, developer tools for App Actions and a Slices API make it easier for developers to integrate deeper into the Android operating system.

You can read more about developer features included in Android P in this post, or you can dig into the security and privacy improvements here.

Read also: How Android Pie plans to turn your phone into a bluetooth keyboard (TechRepublic)

First and foremost is the new look and navigation method. Instead of a trio of buttons along the bottom of the screen, each one representing a different navigation method, Android 9 Pie uses gestures. When enabled, a user swipes up to view recent apps along with app suggestions. A swipe to the left or right on the new single button will quickly switch between apps.

Hints that Google has been working on an official dark theme for Android have been around for a while now, but with the latest preview we finally have a dedicated setting to switch between a light and dark theme in Android P. Or, if you prefer, you can let Android P decide the right theme based on your current wallpaper.

A new dashboard in Android 9 Pie will detail how much time you've spent on your phone or tablet in a given day, which apps you use the most (organized by time), how many times you unlock a device and the number of notifications you've received. The dashboard is part of Google's new Digital Wellbeing initiative, which aims to help users curb smartphone addiction.

The program isn't currently ready for wide release, but users can sign up to take part in a Digital Wellbeing beta to help Google test the feature before it officially launches this fall by signing up here.

New adaptive settings for battery and display brightness learn your habits over time and allocate dedicated resources and battery power to the apps you typical open at a given time of day or location. Adaptive Battery and Adaptive Brightness will help improve performance and battery life.

Another AI feature, called App Actions, learns what common tasks you complete at a specific time, place, or when an accessory is connected to the device. For example, App Actions will suggest a playlist when you connect Bluetooth headphones.

The early June update to Android 9 Pie includes 157 new emoji, all of which will be available in the final Android 9 Pie build. New emojis include a llama, a superhero, and a gender-neutral family.

Android 9 Pie: All the new features and tools announced (so far)

Here's a look at what's inside Android 9 Pie. Just remember there will be more features and capabilities added later in the preview. Google will have more to share at Google I/O 2018 in May, too.

Android
Fitbit is ending PC and Mac syncing, here's what you have to do instead

Wearables
​What is digital transformation? Everything you need to know about how technology is changing business