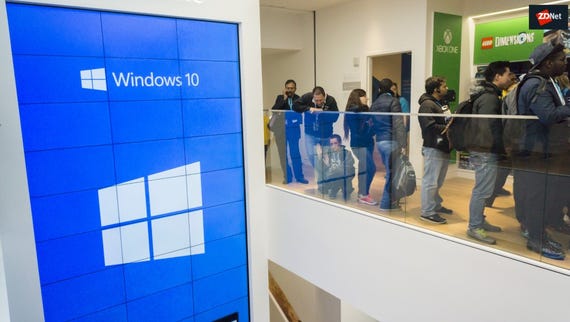 If you've ever bought a Windows PC or Android smartphone or tablet from one of the big name vendors then chances are that you are familiar -- perhaps even intimately familiar if you've ever tried removing it -- with crapware.

Crapware (also known as "bloatware" or "junkware") is the stuff that hardware makers install onto their devices on top of the operating system. While some of it might be vaguely useful stuff (I'm trying hard to think of an example of useful crapware, and I'm failing miserably), most of it is nothing more than a blizzard of free trials and demos that nag you into buying the full version. At best this crapware is benign, while at worst it can dramatically slow down system performance or even compromises system security.

Over the years I've seen countless PCs brought to their knees by the weight of crapware that had been installed on them -- and these were systems that had come straight out of the box, and were systems that ran great once all the junk was removed. And remember that these were PCs sent out to reviewers! It must be staggering the number of ordinary people who spend hard-earned money on a PC only to end up getting a third-rate experience because of crapware.

And many of these dissatisfied PC owners probably end up unfairly blaming "Microsoft" or "Windows" for the performance issues, when in fact the problem is down to the company that built the PC and then took money from third-parties to fill it with junk.

Microsoft, it seems, is well aware of this. Signature is Microsoft's answer to the burdening amount of crapware that comes preinstalled on a new PC. Signature PCs, according to Microsoft, are shipped "with no bloatware to slow you down, and give you a pure experience from the get-go."

If you're in any doubt as to how Microsoft views the stuff coming out of its hardware partners, take a look at the following graphic.

If you ask the hardware makers why they install this stuff, they'll tell you that they do it because they are offering you extra value.

The OEMs do it because they're paid to install it by the companies who make it. Unless the company you are buying from is Apple, profits are razor thin and the hardware makers are happy to install junk onto new systems in exchange for a few bucks.

My biggest gripe with crapware isn't that it exists, but that it's so hard to remove.

Eradicating crapware from Windows PCs isn't easy, and when it comes Android smartphones and tablets it can be darn near impossible. In my two decades of working in the tech industry, crapware has given me more than my fair share of gray hairs (in what I consider a perverse twist of fate, it also made me tear out those hairs, along with a whole bunch more). Yes, there are tools out there for the PC such as PC Decrapifier and CCleaner that do a reasonable job of cleaning a system, but they're far from perfect. The purveyors of crapware have become wise to these tools and take deliberate steps to make the jumk hard to remove.

Another route you can take if you desire a crapware-free system is to nuke the existing install and reinstall a clean version of Windows. But again, no one is going to make this easy for you. Don't think that you can use that nifty Windows 10 feature to refresh or reset your PC. It doesn't work, because most hardware makers have baked the crapware into the version of Windows that they give you to refresh the PC. To do this successfully you'll have to get a clean copy of Windows, either from Microsoft or from the company that sold you the PC (good luck with that).

When it comes to Android devices then the problem is even more dire, with some crapware so deeply embedded as to be impossible to remove unless you root the system and load a third-party version of Android over the top.

I understand the economics of the tech industry and sympathize with hardware makers who have to operate in such a cutthroat business. Crapware can make the difference between almost no profit and a little profit, especially on budget systems.

I also accept that there isn't much Microsoft or Google can do to about it other than sell devices that don't have any crapware installed. Microsoft offers the Signature range of PCs while Google sells Pixel devices, which are free from crapware. If you're looking for a pure Windows or Android experience, then this might be a direction worth investigating.

You could also build your own PC I guess. One of the reasons I started building my own PCs was the hassle I was having removing crapware.

Alternatively, switch to Apple. In no way does this put you in a world where things no longer give you gray hairs, but at least you won't have any crapware to deal with. Or there's Linux. But in all seriousness, if it's Windows you need for whatever reason, telling people to "go Apple" or "go Linux" doesn't really help.

I'm no longer naïve enough to think that crapware will go away. Maybe if more people complained or voted with their feet and purchased crapware-free products then perhaps OEMs could be persuaded to make it easier to remove.

Let me close with a suggested "crapware best practices" for hardware makers. This would allow them to continue to earn revenue from installing crapware, without making life hell for their customers:

Join Discussion for: Crapware: Why manufacturers install it, what...