The single platform is expected to feature trip planning, ticketing and fare collection capabilities.
Written by Aimee Chanthadavong on Jan. 8, 2020 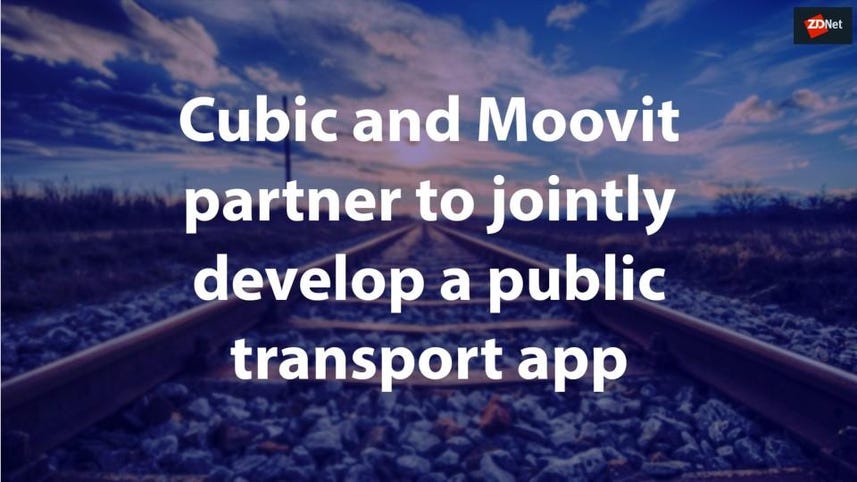 Cubic Transportation Systems and Moovit have teamed up as part of a definitive agreement to jointly develop a mobile solution for public transit agencies.

Under the partnership, Cubic will integrate Moovit's Mobility-as-a-Service (MaaS) solution with its own mobile Travelers app to deliver service alerts, information about nearby transport service lines, multimodal trip planning capabilities, and real-time arrival information. Ticketing for a journey and transit options that can be filtered based on cost or trip duration will also be integrated, the companies said.

When completed, the platform will be made available to existing Cubic's customers, including public transit agencies in Brisbane, Boston, Chicago, Los Angeles, Miami, New York, San Francisco, and Washington, DC.

In addition, the two companies have signed a broader strategic agreement to explore and collaborate on other additional MaaS offerings.

"Our technologies and abilities are complementary. This partnership is just the beginning of an alignment to serve the interest and operations of our customers – the public transit agencies," said Cubic CEO and chairman Bradley H Feldman.

Cubic was charged with developing Queensland's public transport ticketing system after the state government earmarked AU$371 million for the upgrade as part of its 2018-19 Budget.

The upgrades mean that all buses can accept payments via the PayPass or PayWave function on either debit or credit cards -- including smartphones and any smart devices that have NFC payment capability -- in lieu of using an Opal card.

The function was made available on the Sydney Trains network and on any NSW Train Link Opal service in November 2018.

An extension to the contactless transport payments play run by Transport for NSW in partnership with the Commonwealth Bank, Cubic, and Mastercard.

From Thursday morning onwards, Android users will be able to use their smartphones to pay for travel on Victoria's public transport network.

Windows
Cisco Live: Hybrid work is broken and Webex has a plan to fix it