Lenovo's most intriguing NEC-branded PC has taken lessons from other modular devices, but is likely heading to Japan if it ever materializes.
Written by Ross Rubin, Contributing Writer on Jan. 12, 2021 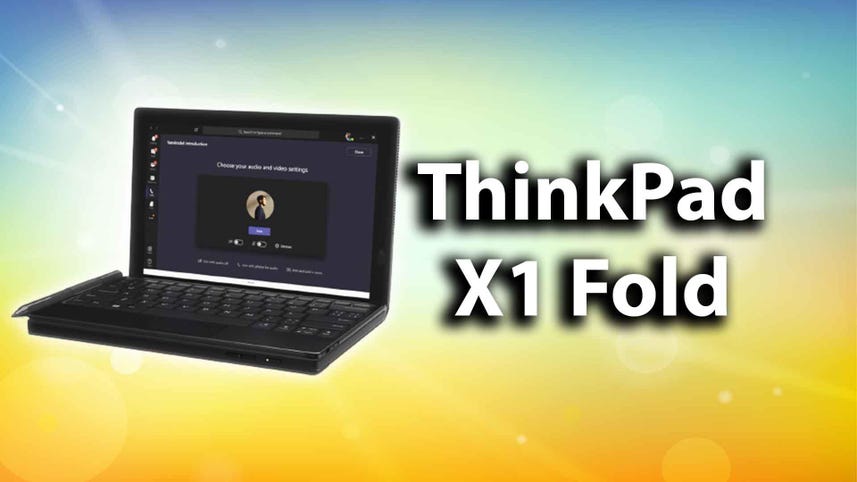 About 20 years ago, Americans looking for the leading edge of ultramobility in their laptops would saunter off to Japanese import websites like Dynamism to consider models from Sony, Sharp, NEC, Fujitsu, Panasonic and Toshiba that never made it to the U.S. Today, many of those brands have either scaled back their PC presence or left the market entirely. Panasonic shifted its business focus to rugged commercial laptops. Toshiba spun out its laptop business to a new company called Dynabook (owned by Sharp, which is in turn owned by Foxconn). And in 2014, Sony exited PCs (although the Vaio brand lives on thanks to a Sony license).

Amidst this upheaval, Lenovo (itself once the beneficiary of a seismic PC market exit) formed joint ventures with NEC and Fujitsu, leading it to become the leading PC vendor in Japan. Now, Lenovo is bringing the NEC brand back to the U.S. with its LaVie line, but the most intriguing of the new models is only a concept for now.

The NEC LaVie Mini represents the convergence of several real and conceptual device designs we've seen in the past few years. The heart of the detachable device is an 8" PC that pairs with what Lenovo says is a comfortable keyboard. But it can also be paired with Nintendo Switch-style side controllers for an experience similar to the (also just conceptual for now) Alienware UFO shown off at last year's CES. Finally, it can just be docked for clutter-free enjoyment of video or for use with an even more comfortable keyboard and larger monitor.

For Lenovo, the NEC-branded device isn't its first dalliance with a publicly floated ultramobile concept; the Pocket Yoga convertible had some resemblance to Sony's wide but short Vaio P. A Sony design has also inspired a more recent ultramobile PC, the GPD Win 3 gaming Windows handheld. Through Indiegogo campaigns, the Hong Kong-based company has built a portfolio of ultramoble Windows devices with displays as small as 6".

As Lenovo knows better than anyone, modularity isn't confined to computers. The company's Motorola division had the most extensive experiment in device modularity with the Moto Z series. Motorola and third parties trotted out magnetically attached Moto mod accessories that ranged from the pedestrian (thicker batteries) to the niche (a projector module) and avant-garde (a 5G modem). One attempt, a slide-out, tilting keyboard, proved so unworkable that the developer instead decided to go its own way, resulting in the F(x)Tech Pro 1. There was also a Switch-style flanking gaming controller.

Despite all of this, the Moto mod eggs failed to encourage more Moto Z chickens, which in turn failed to support sales of more Moto mod eggs, leaving the brand in a sweet spot midrange that is attracting more competition. In contrast, with its reborn MagSafe architecture on the iPhone 12, Apple's approach shows that, while modularity may not make a great premise for a smartphone design architecture, modularity in moderation can be a winning feature.

With the pandemic's global drag on mobility poised to last to at least the summer, it's little wonder that, even if Lenovo had confidence in the LaVie mini's potential, it would want to hold off on the timing. Even with the mini's considerable CPU muscle, the device's size would make it a strong client candidate for cloud gaming services with PC-friendly games such as Xbox Game Pass and nVidia's GeForce Now.

Whether it be the first modern convertible with the Yoga, its experiments in flat keyboards and E-ink, or the first folding PC, Lenovo has been willing to float designs that push the boundaries, even as they compromise the keyboard experience. But it, like other mainstream brands, has shied away from small-screen PCs, perhaps haunted by the ghost of netbooks. The company says that, should the LaVie mini make it to market, it would likely be in the second half of '21 and would be focused on the Japanese market.

Alienware Concept UFO shows why portable games are better than streaming (for now
Commentary: The Switch Lite is cool, but have you ever tried a Switch Thicc?