Telstra CEO at MWC: 5G race more than a flag in the ground

Back-to-back CES and MWC interviews with ZDNet have seen Telstra CEO Andy Penn expand on the telco's plans for 5G in 2019, with the carrier aiming to have Australia's first full solution.
Written by Corinne Reichert, Contributor on Feb. 27, 2018 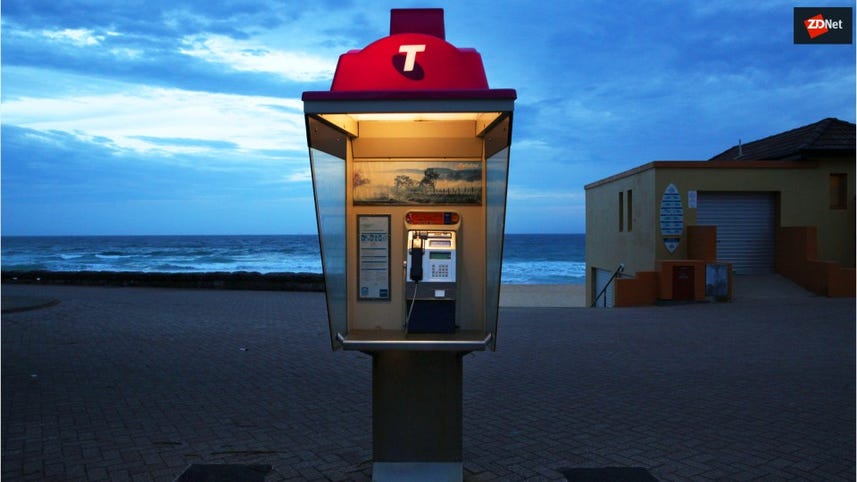 The global race to provide a 5G network by 2019 is about offering an entire solution more so than simply laying claim to the title of being first, Telstra CEO Andy Penn has told ZDNet.

Speaking in an interview during Mobile World Congress (MWC) 2018 in Barcelona, Penn told ZDNet that Telstra will be able to set apart its offering from other providers by having a fully integrated mobile network.

According to Penn, Telstra is "very well advanced" in its preparations for 5G, including conducting the first 5G call last year, virtualising its network, demonstrating 2Gbps download speeds on 4G, and launching its 5G Innovation Centre earlier this month.

The telco's 5G trial network on the Gold Coast is also ready to go, he said.

"We're beyond preparations. We're in full trial mode on the Gold Coast, and one of the things our innovation centre is there to do is to help people understand what 5G technology means at a practical level ... we're getting a lot of interest in those trials, from policy makers, actually, as well as customers," Penn said.

On the industry side of 5G preparation, he said that while it is moving quickly, a lot of innovation still needs to happen across chipsets, radio access equipment, and ultimately the handsets.

"There will be 5G phones undoubtedly next year, and my guess is there will be 5G equipment, maybe not handsets but equipment, in 2018," he said, adding that Telstra is in discussions with Qualcomm and Intel on chipsets.

"We don't tend to buy the chipsets directly, because the chipsets are embedded in the devices and handsets and the other manufacturers and radio access equipment providers, but we play a very lead role in leading the innovation and discussing the innovation, because a lot of people look to Telstra's network globally as being the benchmark in terms of mobile performance.

"So they're working with us to understand what configurations are going to work best and bring the most out of 5G; that's where we can add value into the system."

Telstra is also "absolutely" looking at what other carriers are doing worldwide, with Penn telling ZDNet he is meeting with KT, AT&T, Verizon, Deutsche Telekom, and Sprint during MWC this week.

While Penn wouldn't speak as to whether Telstra will be making any room for Huawei, Nokia, ZTE, or Samsung in its 5G deployment, he did not rule out working with additional vendors besides long-time partner Ericsson, citing Telstra's goal of being a world leader.

Penn last month told ZDNet during CES 2018, however, that with only five companies involved in 5G networking technology -- Samsung, ZTE, Nokia, Ericsson, and Huawei -- the telco is in discussions with all of them in relation to 5G.

With Telstra additionally part of the Australian government's 5G working group, he said it is "critical" that industry are having these discussions together.

"What's important is that there are a number of stakeholders that are ensuring Australia gets the benefit of 5G and gets it early, and those stakeholders include the operators, they include all of the equipment providers, they also include policy makers locally and regulators locally," he explained.

"I understand the [3.5GHz auction] is expected to be around the third quarter of 2018," he said. "I also understand the millimetre wave will be in 2019, but not sure when.

"I think it's important that for Australia to be at the forefront of 5G technology, the spectrum has to be made available as quickly as possible. I think 3.5GHz spectrum, as I understand likely to be in the second half of the year, that fits in with the timetable."

Penn also spoke to ZDNet on the telco's newly announced security operations centre (SOC) in London, saying that while Telstra hasn't set a launch date as yet, it will definitely be during the 2018 calendar year.

"We already have probably about 300 people in London, and if you look at our international connectivity business, whilst our most dense penetration of submarine cables is in the Asia-Pacific region, we take a lot of traffic from both Europe as well as the West Coast of the US into the Asia-Pacific region, so we have support and operations centres in the UK, so that's a good hub to build another security operations centre," he explained.

"I suspect we will [have more SOCs worldwide]. We haven't announced it, but I envisage that London won't be the last one ... I would say APAC would probably be the most likely next location."