The HomePod Mini fail: How Apple got almost everything wrong

If Apple wants me to replace all of my speakers, it needs to offer a complete entertainment system package, not just a connected speaker for listening to music. Apple TV, where are you?
Written by Jason Perlow, Senior Technology Editor on Oct. 14, 2020 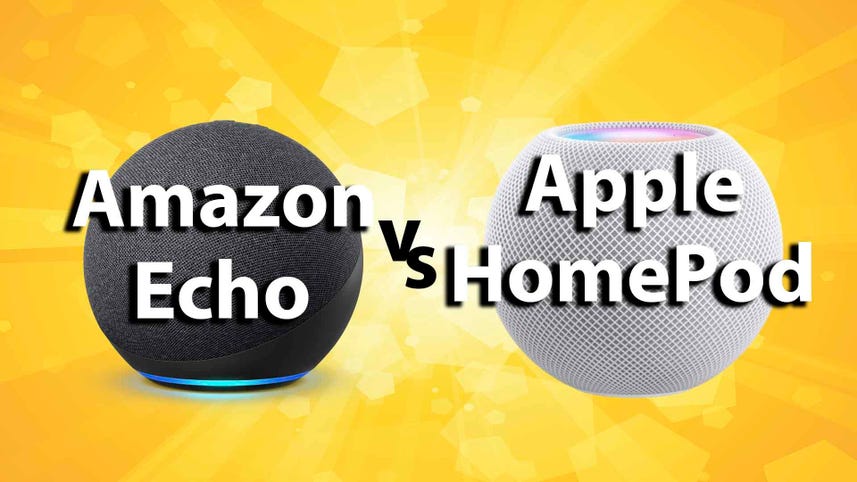 If you sat in on the October Apple event yesterday, you probably noticed that Cupertino kicked off the event not with iPhone but with HomePod, which was introduced initially in February 2018, nearly three years ago.

At $299, the original HomePod, which is still on sale at its original price from Apple, didn't really resonate with customers. Amazon's Echo intelligent speaker vastly outperformed it, with every single model in their lineup.

It's estimated that Apple's global market share with HomePod in 2020 is only about 5 percent, far behind Amazon, which occupies a 23 percent share, with Google in second place with a 19 percent share, according to a recent market analysis by Strategy Analytics.

At $99, the new HomePod Mini is substantially cheaper than the original model. It incorporates many of the same features, including an integrated Siri voice assistant, multi-room audio, and the ability to pair the device with another HomePod Mini speaker for stereo sound. For folks who are Apple Music customers, it doesn't sound like a bad device at all. And Apple will probably sell a whole bunch for that reason. But overall, I feel Apple fell short with HomePod Mini. Here's why.

Hey Siri! You're dumb as a rock

My main beef with HomePod is that Siri is mentally challenged. She's practically useless on my iPhone, my iPad, my Watch, and my Mac, so why would I use her on a connected speaker? Siri is dumb as a rock because she doesn't have nearly as many developer partnerships and integration that Amazon does with the Alexa ecosystem.

Siri's "Shortcuts" ecosystem, which was introduced in 2019 with iOS 13, is no match for Amazon's Alexa third-party skills library, which hit the 100,000 mark from participating developers last year.

In contrast, Alexa is continually improving. Amazon rolls out new features multiple times a year, and the 3rd-party developers' skills are always being enhanced. The Alexa smartphone app is also way more polished and has more features than the HomeKit app on iPhone.

It's also noteworthy that Siri doesn't run on a hyperscale cloud with machine learning in it. At its core, Apple is not a cloud infrastructure company. One only needs to look at what Amazon is doing with their AZ1 chip to see what the company has in store to make Alexa more intuitive. Sure, there aren't immediate tangible benefits, as it's currently a query offloading technology now for the Gen 4 devices, but Amazon is putting a ton of machine learning, AI, and neural edge processing investment into Alexa.

Apple appears to be making those machine learning investments with its computational photography on the iPhone, not in Siri itself. And it shows.

I admit to being a total Alexa fanboy. And the reason for that is I have my entire house configured for home automation. In iOS 14, Siri and Apple's HomeKit stuff have improved, but their ecosystem is nowhere near as extensive as Amazon's when it comes to that stuff.

Here are your best options from Google, Apple, and more.

My ZDNet colleague and Jason Squared co-host Jason Cipriani plans to replace all of his Alexa devices with HomePod Minis. But I also know that he ripped out a ton of his home automation controls and went back to dumb switches, so he isn't taking advantage of a lot of the value that Amazon brings to the table with lighting and appliance control.

I love being able to cut out every single light in my house at midnight with "Alexa, Goodnight" and automate the process with any macro routine of my choosing. I also like the ability to set different scene modes with the lighting using Lutron's Caseta and Philips Hue and WeMo. Arguably, I could probably do some of this with Siri, but why rip out a working system in order to re-build one based on HomeKit?

What I really was hoping to see was an entire family of HomePod products, not just the Mini. I wanted a HomePod Soundbar, which would be paired with the Minis (or refreshed larger-format HomePods with integrated low-frequency subs). I also wanted an updated Apple TV (plenty of rumors, but a no-show at this event), which would deliver  a complete living room entertainment experience.

I'm currently using the Sonos Play:3 speakers that I bought years ago, and they work great as surround units in my living room. Right now, I am using the new Chromecast with Google TV as my streaming device, which outputs 5.1 Dolby Digital sound through the audio return channel (ARC) on the HDMI port on the TV. That audio signal, in turn, goes into my Sonos Beam, which wirelessly transmits surround sound as well as stereo to the Play:3 devices. This configuration works equally well with Amazon's Fire TV sticks. New Sonos customers can choose from the Beam or the Arc, with a pair of the One SL or Five speakers if they want a similar setup.

I can use Alexa (or Google Assistant) as the intelligent assistant for that solution on the Beam; I simply place Sonos: One SL or Amazon Echo satellites in my home's other rooms. And I can plug Apple Music into it along with any other third-party music service.

Currently, I am primarily an Amazon Prime Music customer, and I use whatever music I get for free with Prime, with my Amazon Echo and Sonos devices. However, like Jason Cipriani, I get the value play of having built-in Apple Music integration. I don't currently use the service, but that's only a temporary situation because I will be an Apple One subscriber the minute they announce it.

Therefore, I expect to use Apple Music a lot shortly -- but HomePod is not a requirement for me to enjoy it. My Sonos system and my Amazon Echo devices work just fine with Apple Music, as they do with Spotify and many others. In contrast, Apple's third-party streaming service integration with HomePod is minimal, although it is testing this feature for a future update.

Where Apple misses the mark with HomePod

What I want is something that I can get from neither Amazon nor Apple -- or from Google, with their Nest Audio products, or even from Sonos. I want an integrated single-vendor solution system that covers not just my smart assistant and my home automation, and the streaming music services, but also my living room surround sound and video entertainment system.

Apple missed an opportunity to take over the home and the living room in one fell swoop with HomePod. Where was the new Apple TV in this? The event this week was a perfect moment to show it off alongside HomePod.

Curiously, this year, Apple chose not to refresh the big HomePod, which is what they currently have for surround sound. The company recently announced stereo home theater with the older model HomePods, at $299 each, combined with 2018's Apple TV 4K.

The HomePod Minis can't be used for surround sound, as they lack the larger model's spatial audio support. That's lame.

If Apple wants me to replace all of my speakers, it needs to offer a complete entertainment system package with the HomePods, not just a connected speaker for listening to music. Right now, I have to mix and match components  from multiple vendors -- for my TV streaming device, my sound bar and subwoofer, my surround sound speakers, and my intelligent room speakers -- and I'm not crazy about it. The company is missing a substantial opportunity to displace Sonos and Alexa in the connected speaker market and others -- like Bose -- in the high-end audio space.

But Apple also needs to prove to me that Siri is better than Alexa or Google Assistant, which quite frankly, it hasn't done. They can do that if they team up with Microsoft -- which I've advocated before -- because Microsoft possesses the only cloud with  machine learning technology that's comparable to both Amazon and Google.

Apple is going to lose the war of the living room if it doesn't do something bold. Talk Back and Let Me Know in the comments.