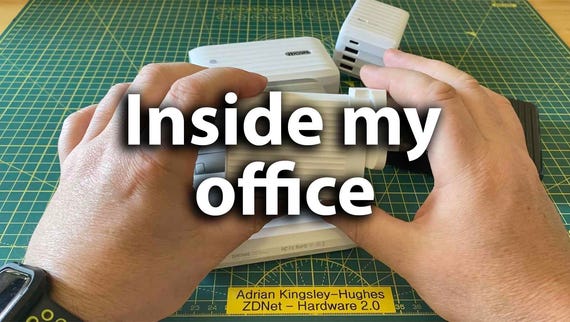 In some ways, my kit list is pretty boring: iPhone, MacBook Pro, iPad Pro, AirPods Pro. But rather than show you that stuff (which you've probably seen a million times), I thought it would be more fun to go on a tour of the smaller, more esoteric things that I use.

Regular readers will have seen most, if not all of these, gadgets in my Hardware 2.0 blog. They have all earned their place on my desk or in my bag through weeks and months of problem-free use. Most of my kit is equally at home in an office, in a home office, on a hotel room table, or on your lap in a car, train, or plane.

Below, I've refined the list even further, distilling it down into "the best of the best" gear I use. 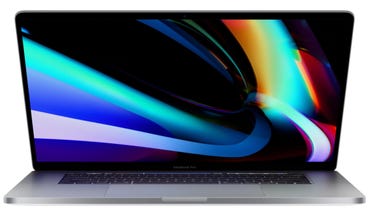 I used to love it but now because it isn't the 16-inch version and doesn't have M1, I'm working hard to come up with reasons to hate it.

It's a superb workhorse, plowing through 4K video or heavy Photoshop workloads with ease. I loaded it with extra RAM from the Apple mothership, and it has a 1TB drive so I'm not struggling for space.

The only thing that brings it to its knees is - Google Chrome. 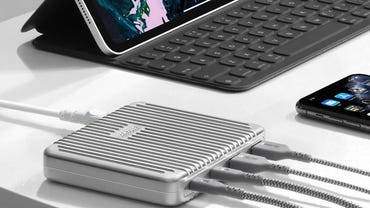 A thing that I particularly like about SuperPort 4 is that it has a built-in power supply; you just attach a power cord and away you go. So much more convenient than hubs that need a separate power supply.

It's also pretty discreet, with a single blue LED on the front to tell you it's plugged in and on (to be honest, I'd be happy if it didn't have any).

61W adapter for home and travel 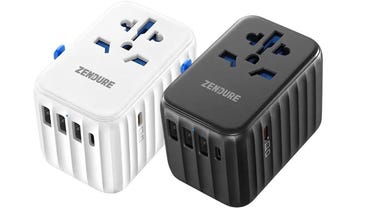 The Zendure Passport II Pro is a super-Fast 61W USB-C PD that can charge up to six devices simultaneously and work in over 200 countries.

Passport II Pro is equipped with five USB ports (two USB-C ports and three USB-A ports) and a multi-region AC outlet, making it the perfect tool for those who have a lot of devices to charge.

Not only can the 61W USB-C PD port be used to charge laptops, but it also supports a wide array of fast charge protocols such as PD, QC, PPS 3A, AFC, and FCP for fast charging Apple, Samsung, Huawei, and more.

The Zendure Passport II Pro is currently available for pre-order on Kickstarter for the introductory price of $35 (the project broke its funding goal within two hours), which will go up to $69 on full release, expected to be in August 2020.

Note: Regular readers will know that I'm wary of promoting crowdfunded projects, as too many turn out to be digital wishing wells that don't result in a product at the end. However, Zendure has had seven successful Kickstarter campaigns, raising in excess of $1.6 million. Also, I've been using a prototype Passport II Pro for several weeks, and it's worked flawlessly.

The Anker PowerCore III Fusion 5K is a wall charger plus a power bank.

The dual outputs can both run simultaneously, and there's also a trickle-charging mode designed specifically for low-power devices such as Bluetooth earphones (amazing what you learn by reading the instructions!).

There is a caveat though worth bearing in mind: You only get fast 18W USB-C charging if it is plugged into an outlet. Otherwise, you only get 15W split between the two ports.

The charger when connected to the outlet will recharge devices attached to it before recharging itself. 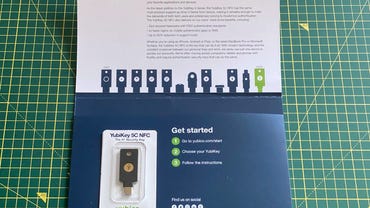 It works like every other YubiKey -- plug it in and press the disk or tap it -- and that's it. You do need to register they key for each service you use, but I added it to my services -- Google, Dropbox, Facebook, Twitter, LastPass, and a few others -- in less than 10 minutes.

The YubiKey 5C NFC can be used across a broad range of platforms -- iOS, Android, Windows, macOS, and Linux -- and on any mobile device, laptop, or desktop computer that supports USB-C ports or NFC. 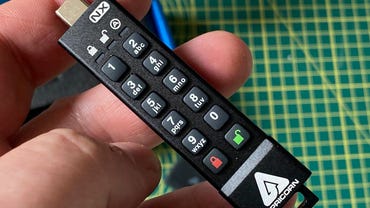 When I started using Aegis keys with the built-in keypad I'd expected the polymer-coated buttons to be the weak link, but they are exceedingly wear-resistant and do not seem to wear out over time to reveal the most commonly used buttons. I have similar drives that have been in regular usage for over a year, and the keypad is still like new.

The drive also comes with a silicone sleeve that helps to keep it clean and free from scratches.

Because there are no drivers to install, the drive is totally OS agnostic and perfectly at home on Windows, Linux, Mac, Android, Chrome, iPadOS on the iPad Pro, and embedded systems, as well as other equipment equipped with a powered USB port and storage file system.

In use, the simplicity of the Aegis Secure Key 3NXC really shines. Once you've set up a passcode, you can unlock and lock the drive in a matter of seconds.

You can unlock it easily. Not the bad guys.

The drive features built-in brute-force decrypt defense, can be set to read-only mode, and it has unattended auto-lock in case you walk away from it and become distracted.

It's expensive, but I've taken the Netgear Nighthawk M2 with me to several countries, and it has performed flawlessly. Sure, I could use my iPhone as a mobile hotspot, but using a dedicated tool means I'm not hammering my battery life, while at the same time giving me access to a whole host of advanced features, such as support for up to 20 separate devices.

And for when the signal is a bit poor, I can attach an external 3G/4G antenna and give the signal a bit of a helping hand.

This thing has been a total workhorse.

It also comes with a 20cm USB-C cable attached. Initially, I thought this to be a weak link because if this broke, the hub is trash. But, after over a year of hard use, it's still like new.

Smartphone with a thermal camera 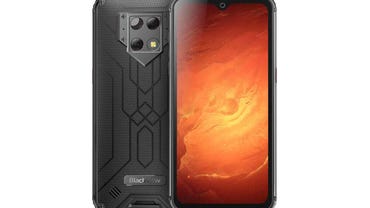 Powering the BV9800 Pro is a Helio P70 octa-core processor with 6GB of LPDDR4X RAM and 128GB of storage. While I wish it used the faster Helio P90 silicon, I can't say that I have at any point thought the BV9800 Pro was being slow and sluggish.

Central to the BV9800 Pro is a FLIR lepton 80 x 60 active pixels thermal camera, assisted by a 5MP wide-angle camera. The thermal camera does what you expect of a FLIR unit, and does it well, and is super handy for a multitude of diagnostic and repair functions. I've been using thermal cameras for years to do simple things like detecting draughts, bound brakes on cars and radiators that aren't working right, to more complex stuff like finding electrical components that are playing up.

On the security front, the BV9800 Pro can be unlocked using fingerprints or facial recognition, and both methods are super-fast, with Blackview claiming a 0.1 second unlock time.

And the handset runs Android 9 Pie.

The BV9800 Pro is kitted with a monster 6,580 mAh battery, which is more than enough for a day's use, and the handset supports both wired (using a USB-C port) and wireless charging (wireless charger not included).