I've worked from four homes and several coffee shops over the last 15 years. Lockdowns simply proved that my infrastructure was as flexible as I'd hoped. Which is a combination of deeply rooted heavyweight capability and flyweight mobility.

Today, writing is the largest part of my workflow, but I expect to go back to much more audio production as I roll out the novel I've been working on for the last 5 years. I'm ready for that. 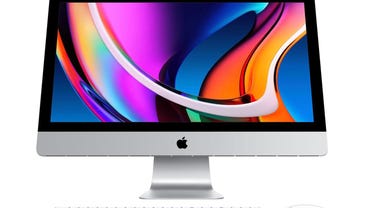 Late 2014 iMac. Planning to upgrade to an Apple Silicon iMac in the next year, assuming it will be more powerful than the iPad Pro. Still love the display even though the rest of the system is less than ideal, especially for 4k video. I'm sure the newest bottom-of-the-line 27" iMac would be fine for some years to come. 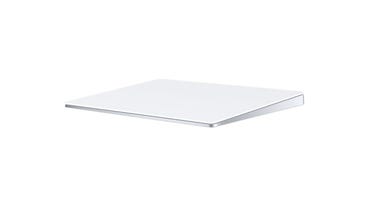 I love Apple's trackpads even more than the Kensington trackballs I used for years, but resisted upgrading to the second iteration until the physical clicking began to wear on my wrist. 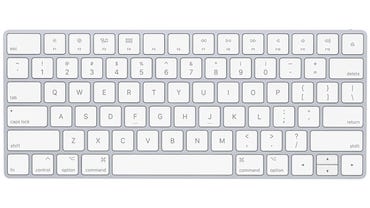 Apple Magic wireless keyboard. I was a long time user of the Microsoft Natural ergonomic keyboard, but got tired of it hogging desk space. 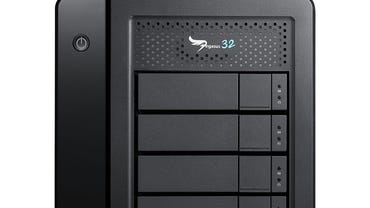 Storage. A 4TB Promise Thunderbolt RAID 5 storage array. In 8 years I've only had to replace a failed drive, which rebuilt no problem. Today I'd buy the Promise Technology Pegasus32 R4 16TB with Thunderbolt 3. 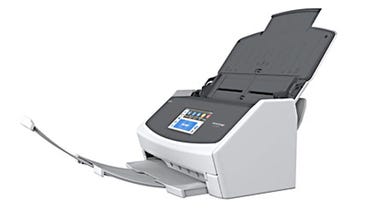 The Fujitsu ScanSnap is one of the best pieces of office hardware I've ever owned, and by far the easiest to use scanner. For research I'll often buy a used copy of a book, remove the binding, and send the sheets through the ScanSnap. It automagically performs OCR, creating a fully searchable and editable PDF. I have an older model, but the IX1500 has the same goodness. My one gripe with it is that Fujitsu stopped updating the driver for my model, but I found a better driver on the Mac App Store, and it still works great after a decade.

Optical. LG Electronics 6X Blu Ray Writer  M-Disc support put this over the top for me. 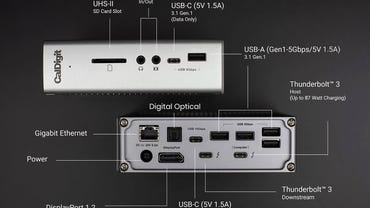 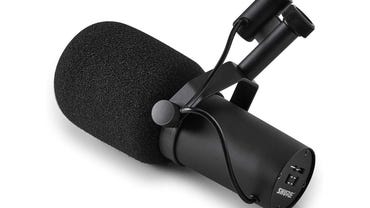 A broadcast quality Shure SM7B mic on a boom arm. 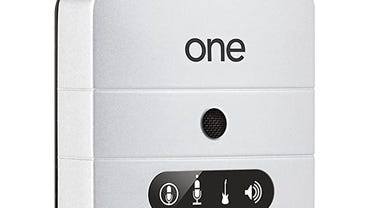 Apogee One USB audio interface.  For online meetings I have a cheap but serviceable wired headset so I don't have to think about charging. 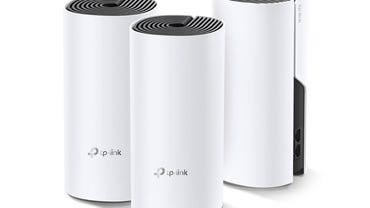 I'm very happy with a TP-Link AC1200 Deco Whole Home Mesh Wi-Fi network. Even though the single router/access point in the center of the house seemed to work, the mesh has removed a layer of niggling problems that I hadn't associated with an underpowered Wi-Fi network.

Power. My office has 3 battery backup units, and for the last year or so none of them has worked. I don't need them.

I'm well aware of power issues. That's why I had 3 BBUs in the first place. But with much of my storage in the cloud, and powerful battery powered computing off-line, I no longer see the point of BBUs. Surge protectors, yes. BBUs, no. 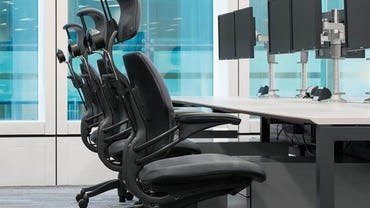 My chair is almost as important as my display, and the Humanscale Freedom chair is the best. Unlike the popular, and similarly priced, Herman Miller Aeron chair, which has a dozen or more adjustments that you may never get right, the Freedom adjusts when you sit. You can adjust seat height, arms, lower back support, and headrest. The rest is automatic, thanks to a clever lever system. I've had mine for 15 years and it's still going strong. 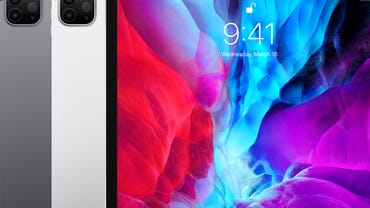 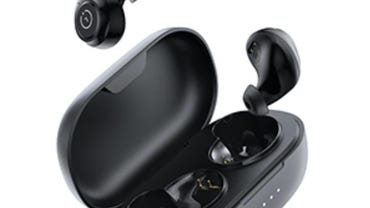 I went through quite a few wireless headphones before I found the Enacfire E60 earbuds that were good quality, easy to use, with long battery life, and cost way less than Apple's audio. I'm currently testing the Enacfire F1 earbuds, and they seem to be more of the same in an even smaller case.

USB-C cables. I carry several short - 6" or so - cables so I can plug in anything that needs plugging in.

Add-on storage. I hate paying Apple's inflated prices for internal storage, so I typically buy the minimum configuration - 64GB then and 128 GB now - and carry an add-on USB SSD. I like the new blade form factors - M.2 - and there are many 3rd party cases for them on Amazon.

Office is office. Mobile is mobile. I've stopped trying to meld the two and the flexibility and redundancy of the approach works well for me.

Messing with home infrastructure is, for some people, a rewarding hobby, and even a paying job. I'm not one of those people. For me, they're tools. Checking drivers and troubleshooting network issues is irritating, not fun.

That's why I'm willing to pay top prices for essential gear, like the SM7B or the iPad Pro Magic Keyboard. For the future I'm expecting great things from Apple Silicon. For one, a 32 inch iMac that can handle multiple 4k video streams. But I'll cross that bridge when - and if - we get there.