Samsung released two previous Z Flip models, but the second one really only added 5G to the first model. I spent months and thousands of dollars on the Galaxy Fold and then the Z Fold 2, but never had the chance to even see a Z Flip model in person. Thankfully, Samsung sent a new Galaxy Z Flip 3 5G for a month, and I've now ordered and canceled one at least three times (see below for more on these actions). The phone is a ton of fun and anyone considering a standard slab smartphone should at least consider the new Z Flip 3 5G.

The Galaxy Z Flip 3 5G eval unit arrived in Phantom Black, along with a Z Fold 3 5G. For the first week, I spent most of my time with the Z Flip 3 as I was waiting for an S Pen and I was out running, hiking, fishing, boating, walking, and participating in other summer activities that were perfect for carrying a compact phone in my shorts pocket.  At the $999.99 price point, $800 less than the Z Fold 3, the Z Flip 3 has been really tough for me to leave behind and not purchase for myself.

The Z Flip 3 arrived in a small box with minimal contents. There is no charger in the box, just a USB-C charging cable and the device.

Samsung is obviously having a lot of fun with the Z Flip 3 by offering a wide assortment of colors, some of which are limited Samsung.com exclusives. It's not clear on the website, but I confirmed with Samsung that the Phantom Black and three Samsung exclusive colors (Gray, White, and Pink) all have matte finishes. The Cream, Green, and Lavender Flip 3 models all have a glossy finish on the back.

Also: Best Samsung phone 2021: Which one should you buy?

Since I've never held a Samsung Flip series phone before, I cannot comment on personal experiences regarding the improvements that Samsung made to this version of the device. I'll start by saying it is incredibly well made with a matte finish on the outside of the phone (depends on the color you purchase), a glossy strip for the outer cover display that also houses the two rear cameras, and a superb hinge along the spine with the name Samsung etched in the hinge.

We've never seen one of these in the Miller household so I showed both phones around and all were most impressed with the Z Flip 3. It's almost exactly the size of my palm and it has been a joy to carry around in my summer shorts and in my hand. Previously, I thought the design idea of something that folds in half like this was just a gimmick, but it truly does make it easier to carry a phone around and when it is closed the large foldable display is protected by the outside of the phone.

Grabbing the top and then flipping it open, what a satisfying feeling that is, reveals the lovely Dynamic OLED foldable display. The 120 Hz refresh rate on the display is wonderful and Samsung's typical glorious colors are shown off on the display. A fairly typical center hole punch front-facing camera is centered at the top of the display with minimal bezels all around. There is a screen protector installed by Samsung, but it is only easily visible around the cutout of the front-facing camera. You should leave it in place to protect the foldable display.

The hinge is tight and it takes two hands to flip it open. You can flip it up at any angle too since the hinge supports this. The device is optimized for opening at 90 degrees and 180 degrees with some software designed to work when the display is straight up from horizontal. For example, Google Duo calls work well in this Flex Mode with the camera and viewfinder on the upper portion and the controls with other options below the fold.

Like the Z Fold 3, there is a crease in the display in way of the hinge area. It is not that noticeable when the Flip is fully opened, but it is there and your finger will slide right over it. From my experiences with past Folds, you get used to it and barely see it when the display is on.

Samsung has a nearly perfect side button that serves as the power button and capacitive fingerprint sensor. The Dolby stereo speakers sound great while listening to audio and watching movies.

The two-camera setup on the back is pretty traditional and doesn't have the flair we saw on the S21 series.  That said, I was able to capture some nice shots with the cameras and they also work well with selfies thanks to that cool small front display.

The front cover display is adjacent to the cameras and as soon as you start flipping open the phone that display is shut down. The cover displays on past Flip devices were very small and offered little functionality. That is not the case here and I was very pleased with its capabilities. It can serve as an always-on display (three ways to have it show up) with various widget options. I have it set to show notifications, the weather, my schedule, next alarm, and control music playback. Other available widgets include Samsung Health and timer. If you tap or swipe on some widgets then you are prompted to flip open the phone to view more information.

Double-tap on the display to activate it and then swipe down to access the brightness slider and also a single button to toggle the phone sound mode between silent, vibrate, and volume on.

If you double press the power/fingerprint sensor button then you can launch the camera app, this is called Quick Shot. Both rear cameras, they are just to the right of the small display, can be used by simply swiping up or down on the cover display to switch between the two. Press the volume button (up and down both work) as the camera capture button. You can also tap on the display to capture photos and videos. Swipe right or left to switch between still photo or video mode too.

You can also access Samsung Pay from the cover display, swipe up from the bottom, with your fingerprint on the side sensor authorizing the transaction.

The Z Flip 3 also has an IPX8 water-resistant rating. I took it fly fishing last week and submerged it in the clear fresh river water for a few minutes. It worked perfectly well afterwards and it's nice to try out a foldable phone that has some durability built into it. I would never take this swimming or try to capture underwater videos for any real period of time, but it's good to know the phone won't die if you use it in the rain or if it falls into a puddle.

The Samsung Galaxy Z Flip 3 5G launches with Android 11 and Samsung One UI 3.1.1. The 1 July 20201 monthly Android security update is present on the review unit.

The software on the Z Flip 3 appears to be similar to what we see on the S21 series with a fairly standard Samsung Android experience. I'm a fan of some of the extra apps Samsung installs, even though some are duplicates to what Google provides with Android. These include gallery (love the spot color editing option) that offers much more than Google Photos, Internet that has integrated ad-blockers and reading mode, and Samsung Health. Samsung can leave its Messages app off though since Google's Messages with RCS is a better SMS experience, IMHO.

Some apps support Flex mode, such as Google Duo, and you can also toggle this on for selected apps in the settings. There are a few apps that do not support Flex mode panel, but most apps I have installed work just fine.

The Edge Panel setting is also present and with it you can quickly setup default split-view App Pairs. At first, I didn't think there would be much utility with App Pairs on a device that was the Fold, but I found a couple of use cases that work well for me. These include work and personal email accounts, messages and the web browser, Telegram/Google, and Garmin Connect/Strava. You can also visit Samsung Labs on the phone and toggle to have multi-window support for all apps. When you rotate the phone into landscape orientation the apps switch too. They are square in either orientation so the viewable experience is similar.

You can probably spend an hour or two in the settings on a Samsung phone trying out all sorts of options to fully customize your user experience. These settings include motions and gestures, Bixby Routines, floating notifications, wallpapers, and much more. 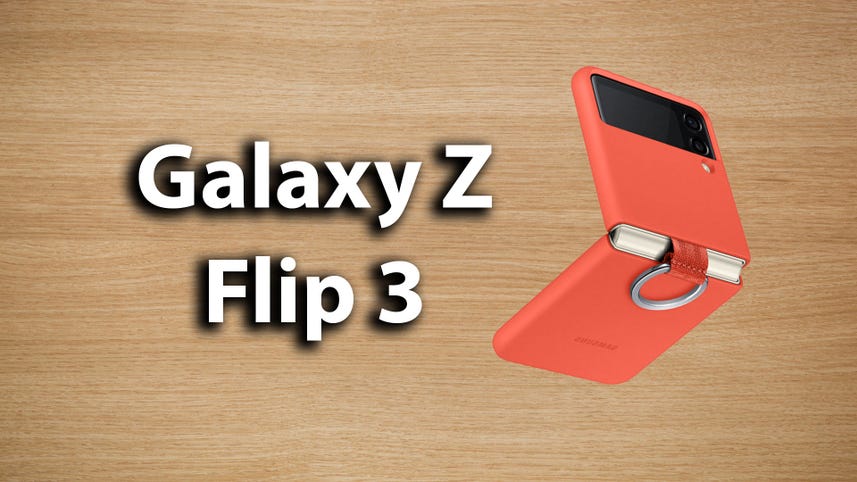