12 gifts for the holidays: Between Apple, Google, DJI, and Amazon, there’s something for everyone 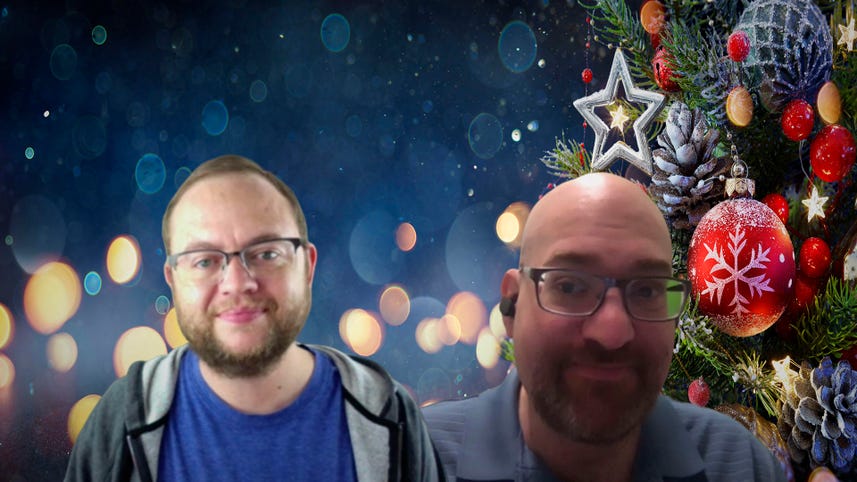 The holidays are upon us, and that means it's time to go shopping. Tech gifts usually sit near the top of everyone's list, but if you're struggling to come up with ideas this year, we're here to help.

Below you'll find 12 gift ideas for the holidays, sprinkled in with some additional gifts for those who want to save a little bit of money or are looking for another recommendation.

Keep in mind the prices listed below are the usual retail prices, but you're likely to find some of, if not most, of the tech products on sale leading up to Christmas.

The AirPods Pro is arguably the best wireless earbuds you can get for an Apple user, and to Jason Cipriani, they're worth every penny of the $250 asking price. Jason Perlow likes Anker's Soundcore Liberty 2 Pro, currently priced at $110 (with a regular price of $150).

Apple's iPhone 11 may be the least expensive iPhone, but it's still more than enough phone for most users. From battery life to its two-camera setup, the iPhone 11 is one of the best deals you'll find on an iPhone this year. If you're looking for an Android phone, Samsung's Galaxy S10, ZTE's Axon 10 Pro, or Motorola's Moto G7 are all respectable -- and affordable -- options.

The Apple Watch Series 5 is the best smartwatch on the market, with the latest hardware available from Apple right now. At $399, it's expensive, but will be supported for years to come. If you'd rather save some money on an Apple Watch, the Series 3 starts at $199.

Apple's iPad is the best tablet available right now and has been for some time. The latest base model has a slightly larger display and now works with Apple's Smart Keyboard Cover. At $329, it's hard to beat.

The DJI Mavic Mini is a steal. It's a fully capable drone with a range of up to 4km, a good camera, and a battery life of nearly 30 minutes. The Fly More Combo includes the drone, a controller three batteries, a charging pack, extra propellers, and a charging case. Or if you only want the drone and a controller, you can get the basic package for $399.

The Nintendo Switch is a powerful gaming device that's fully portable, or it can be connected to your TV. The Nintendo Switch Lite is slightly cheaper at $199, but it can't be connected to a TV. If you'd rather not get a dedicated gaming device, the iPod Touch is a versatile device that comes with the iOS ecosystem of games, including Apple Arcade.

Disney+ subscription (regularly $70 for a year)

Disney+ is one of the hottest streaming services that launched in 2019, with a content library that never seems to end. Not to mention Baby Yoda has all but taken over the internet. You can sing up for an account for a loved one, or purchase a Disney gift card in a Disney store to cover the cost of a year's subscription. Jason Perlow is a Star Trek fan, so he recommends doing the same for a CBS All Access subscription.

The Echo Dot with clock gives your gift recipient an Alexa-powered speaker for controlling smart home devices or asking random questions, as well as a constantly visible clock. Amazon keeps adjusting the price, but right now it's $35 down from $60. Jason Perlow recommends spending a little more and getting the standard Amazon Echo with a better speaker for listening to music for $99.

Nest's Hello Doorbell provides peace of mind and helpful alerts while monitoring your door. It'll let you know when a package has been left, or when it sees someone it recognizes (or doesn't recognize). Jason Perlow likes Ring's $249 Video Doorbell Pro, which if you watch for the right promotion can also get you a free Echo device. Right now, for the same price, you can get a free Echo Show 5.

The Goal Zero Sherpa 100PD is a portable battery pack that does it all. It has Power Delivery of up to 60W, a wireless charging pad and multiple USB ports. It's a little pricey, but worth it. Jason Perlow recommends the Zendure SuperTank USB-C PD and SuperPort 4.

Not enough people take password security serious enough, but with a little nudging and guidance, you can help get them on track. 1Password is a password managing service with apps for nearly every platform. It creates and stores random passwords and will even enter them for you. A family plan that includes five users is $60 a month, and it just so happens 1Password sells digital gift cards.

You can't go wrong any of the Sonos lineups. Sonos speakers connect wirelessly to each other and the internet allowing you to stream your music library from nearly every streaming service, and if you opt for something like Sonos Beam it acts as a soundbar for a TV. Jason Perlow has been testing the Anker Nebula Soundbar and recommends it, partly because of its sound quality but also because it pulls double-duty as a Fire TV device.