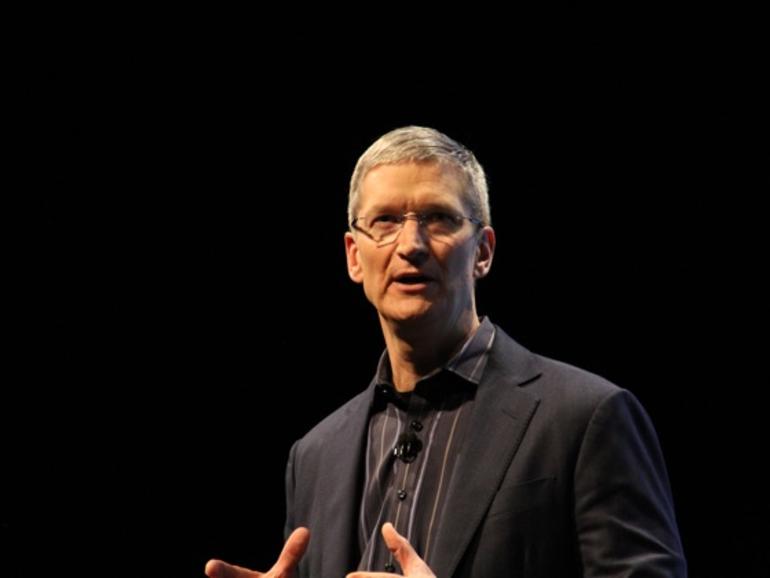 I'm not a recruiter. I'm an talent delivery specialist.

I'm not a janitor. I'm an environmental services technician.

We all need a mantra to keep going.

Somewhere deep inside, we all want to claim we're a little different from everyone else. A little special.

Apple, though, has a conundrum. It was founded on a claim of different thinking, but it's rather been sucked in to the Silicon Valley morass, as the Valley has exerted insidious control over the world.

CEO Tim Cook has desperately tried to separate his company from the sneaky snoopiness of the likes of Facebook and Google.

Apple is about caring, not sharing every last element of your life with a grubby advertiser. Or, perhaps, a foreign government.

So, when asked by CNBC about Warren Buffett's increasing investment in Apple, Cook tried to mount his ejector seat and shoot out of the Silicon Valley capsule.

He said: "[Buffett] has been very clear. He didn't invest in technology companies and companies he didn't understand. He's been totally clear with that. And so he obviously views Apple as a consumer company."

Yes, but does Apple believe the same?

It seems so, as Cook added: "We're in the tech industry, but we work at that intersection of technology and the liberal arts and the humanities. And so we make products for people, and so the consumer's at the center of what we do."

In the tech industry, but not really one of those seedy tech companies.

These days, the word tech often comes with a tinge of disparagement built in.

Those damned tech bros have destroyed San Francisco. Those despicable tech companies have enabled and magnified some of the worst excesses of humanity over the last few years. Those execrable tech companies might even have played an enormous role in changing the course of history, by allowing our elections to be compromised.

Then there are those dreadful, aloof, feelings-free tech founders who mutter and mumble and don't seem to make the world a better place at all.

It's certainly true that Apple has achieved its enormous success because it bothered to think about consumers, at least as much as it ever thought about gadget design or specs.

But as Apple's business shifts -- at least a little -- away from hardware and toward software, and as we become ever more buried inside our gadgets, can Apple really claim to be anything other than a tech company?

Even if it's a tech company Warren Buffett can actually understand.