Full Bio
Posted in Between the Lines on September 19, 2018 | Topic: Digital Health and Wellness 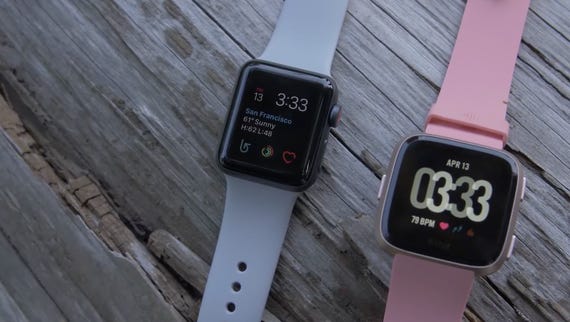 The effort is a big move into recurring revenue and using Fitbit's data to become more of a software provider. For now though, Fitbit's primary business rests on device sales and the popularity of smartwatches like the Versa.

Fitbit Care takes Fitbit's data and the tools from the Twine Health acquisition. Fitbit is still a large wearable and fitness player, but Apple and its Apple Watch is increasingly focused on healthcare outcomes.

With Apple likely to take the Apple Watch into corporate wellness programs Fitbit had to roll out more of its vision. Fitbit Care will feature digital interventions and coaching through the new Fitbit Plus app.

According to Fitbit, Fitbit Care will be available through its business-to-business unit called Fitbit Health Solutions. Humana will use Fitbit Care for its employer group. Humana has more than 5 million members via companies.

Adam Pellegrini, general manager of Fitbit Health Solutions, said Fitbit Care is designed to support the company's more than 1,600 enterprise health customers and the various health plans that connect them.