Galaxy Note 9 or iPhone XS Max? Compare before you upgrade

Samsung's Galaxy Note 9 is a business productivity powerhouse that the consumer electronics giant desperately wants to go mainstream. Whether you upgrade depends on whether you're more about work or play. Here's how it compares to the iPhone XS Max.
Written by Larry Dignan, Contributing Editor on Sept. 13, 2018 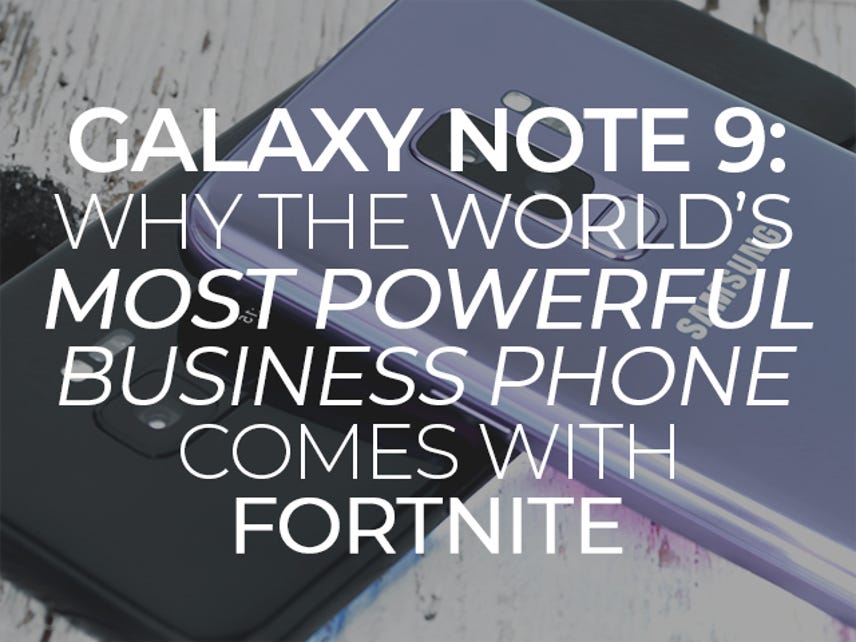 Samsung's Galaxy Note 9 is designed to be the company's flagship device, but whether you choose to upgrade or not solely depends on whether your device is more about work or play. And your budget, too. If you're a business pro hankering for more productivity and the ability to use your smartphone as a desktop and stylus as a remote control, Note 9 is worth a look. However, Samsung didn't add enough to the Note 9 to become the mainstream flagship that executives so sorely wanted ahead of Apple's iPhone event.

Yes, Fortnite as an exclusive on the Note 9 is an interesting promotion for mainstream buyers, but the device is really about specs and productivity.

The best deals we could find can save you as much as $450, but the savings are typically tied to bundles. In the end, whether you go all-in on the Galaxy Note 9 may come down to vanity and whether you think bigger (1TB even) is truly better.

DJ Koh, president of Samsung's mobile communications business, said at Unpacked 2018 in Brooklyn that the Note is designed to break through barriers. Koh said the Note 9 is designed to be the "most powerful mobile device."

Viewing the "should I upgrade" question through the use case lens is especially important given the Android competition and a premium price Samsung would argue is reasonable. Simply put, you can get Android devices with more frequent Android updates for much less than the Note 9. To get value out of the Note 9 you have to be a fan of the S Pen, productivity and what it brings to the table. You also have to value those S Pen upgrades enough to swap out last year's Note 8.

Samsung: Sign up to reserve the next Galaxy | The New, Super Powerful Galaxy Note 9

Samsung's Galaxy Note 9 pops a wallop because it's designed to also power a DeX desktop experience too.

However, the Galaxy Note 9 doesn't look all that different from the Galaxy Note 8. There are a few design changes, notably with the fingerprint scanner, and a slightly thinner frame.

The Note 8 has the fingerprint scanner and sensor alongside the camera and that positioning can get awkward after repeated use.

The company largely stuck with the same design as the Note 8, which was a big launch that put the Note 7 battery debacle in the rear view mirror. The Galaxy Note 8 was well received and even created some flagship device confusion when the Galaxy S9 launched.

Samsung's Note 9 is primarily designed as a business tool, but is trying to extend its reach. With a memory card, the Note 9 can get more than a terabyte of storage. The device also has 8GB of memory at the high end. The base Note 9 has 128GB of storage and 6GB of memory. Those specs make the Note 9 a mini-laptop.

However, those specs only matter if you require the compute used for DeX, which can now serve up a presentation on the big screen while allowing you to read your notes on the smartphone. Those specs also matter for storing images and PowerPoints. Note 9's storage capability means it can also serve as a portable hard drive in many cases.

The real win for Note 9 is the S Pen. You can now use it as a remote for the camera, gallery, Office and other apps that come with the phone. A software developer kit for the S Pen will enable enterprises to customize the stylus for other applications -- say that Salesforce, SAP or Oracle app.

Samsung's S Pen SDK lands in September and can lead to more work use cases. Should you upgrade? I'm wrestling with that decision now. I'm a Note customer and have theNote 8. Here's what looks enticing on the Note 9.

Add it up and the Note 9 is worth a look if you didn't get on the Note 8 cycle, deliver a bevy of presentations and like a remote for photography. As a productivity device, Samsung's Note 9 is enticing.

While Samsung's Note 9 offers a lot of enhancements -- you can even talk about Knox 3.2 for the IT department if you'd like -- the mainstream tech buyer has a much harder call to make.

First, let's dispense with the idea that tech buyers as a mass are going to switch platforms. There is a reason platforms scale -- you're locked into an ecosystem. Despite the witty commercials from Samsung, most folks aren't going to jump from Apple's iOS or iPhone to Android and Samsung.

With that reality out of the way, Samsung's Note 9 is a premium device competing with Android rivals that offer strong hardware, pure Android and low prices.

And that's the catch. Samsung executives on the company's recent earnings call acknowledged that the Note 9 launch was moved up to stoke demand from Galaxy S9 sales that were waning. Unless you're in love with the S Pen, it's hard to envision the average person buying the Note over the S9 Plus, which will be discounted.

Generally speaking, the S9 franchise and the Note 9 are running the same software, experience, and hardware. One upgrade is Samsung's intelligent camera, but it's not clear that consumers make smartphone buying decisions based on images alone.

Samsung boasts blue and lavender devices in the US, and maybe that appeals to consumers, but the value equation matters.

Simply put, innovations with DeX and S Pen aren't going to sway non-business buyers. Upgrades to Bixby may entice a bit, but Samsung's assistant competes with Google Assistant and Alexa on its own phone.

Perhaps a short promotion with Fortnite stokes Note 9 consumer interest, but Samsung needs to convince folks to use its app store over Google Play. Samsung executives also noted that they were trying to gain momentum in their services efforts.

Fortunately for Samsung, Apple, Microsoft, and PC makers have popularized the use of pen/pencil/stylus for computing. Samsung helped create the space and could benefit from the S Pen innovations, but the stylus isn't exactly mainstream. There's value in the Note 9, but not enough to land mainstream tech buyers.

Here's a look at the specs in full.

iPhone XS/iPhone XS Max/iPhone XR: Here's everything you need to know (in pictures)

Apple, unlike Samsung, rolls out its smartphone portfolio in one big event in September. Samsung has a Galaxy event and then a separate one for the Note franchise. Apple's iPhone XR, which has an LCD screen, gives the company an iPhone for every price point.

Should a power user get the Note 9 or the iPhone XS Max? The answer is harder than you think, and much of the decision depends on whether you value a stylus and expansion slot for storage. Otherwise, the devices rhyme a lot. 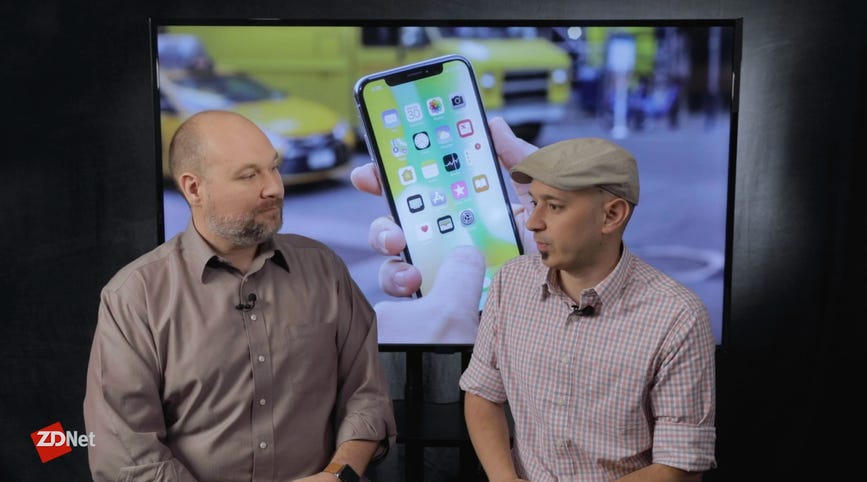 Some points to ponder:

Samsung moved up the Galaxy Note 9 launch to bolster sales and get a jump on Apple's iPhone update. More worrisome for Samsung is low-cost Android rivals and maintaining premium prices in the smartphone market.

Samsung: We will offer Galaxy Note 9 at 'reasonable prices'

Samsung's challenge will be threading the smartphone pricing needle between being premium and fending off low-end Android competitors.

New and upcomng phones: Galaxy Note 9 and others we're expecting in 2018

Samsung Electronics has released three 30-second videos with the moniker 'a lot can change in a day' to tease the long-lasting battery, processing power, and high memory of the upcoming Galaxy Note 9.

Samsung
Air purifier deal: Save up to $105 on Winix air purifiers