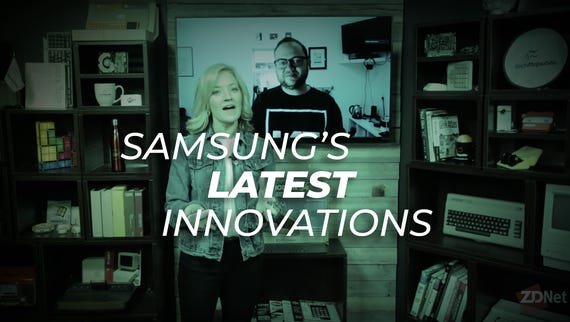 Looking back over the years of testing countless phones from various companies, only a hand of phones have truly stood out. Apple's iPhone 5, Samsung's Galaxy Note 7, and the iPhone X come to mind as being devices that really made me think twice about what I wanted from a smartphone while shedding light on the direction of a company, if not the smartphone industry as a whole.

When Samsung announced the S10 Plus a couple of weeks ago, we already knew a lot about it, and I wasn't going into it thinking I'd be all that impressed. However, after nearly two weeks of using the Galaxy S10 Plus, it's clear to me that Samsung hit a homerun.

The design is tweaked enough that there's some resemblance to the S9, but when you pick it up it's easy to feel the difference. The S10 Plus looks like it should be heavier than it feels. When picking up the Note 9 next to the S10 Plus, it's clear that Samsung is moving the design of its phones forward and not just making minor changes here and there. I especially love the Prism White look on the back of the S10 Plus. It reminds me of what Huawei did with the P20 Pro's purple finish. As you move the phone, the color changes slightly.

After reading through ZDNet's Galaxy S10 Plus review, I agree with Matthew Miller in that the screen lends itself to accidental touches. By no means is it a big enough problem to be concerned with the usability of the S10 Plus, but it's happened on a few occasions and warrants a mention. Hopefully, this is something Samsung can tweak and improve upon via software updates.

Samsung didn't embrace the display notch that Apple first unveiled with the iPhone X. Instead, Samsung took a different approach and developed a way to cut a hole in the display, making enough room for the camera and surrounding it with pixels that actually work.

Look at what happens when you switch to the front-facing camera on the S10 Plus.

The same ring lights up when face unlock is activated when you wake the phone and it's attempting to unlock.

That's the kind of thing that would have Apple users giddy and screaming from the rooftops that Apple pays attention to the small details. Well, apparently Samsung does too.

In typical Samsung form, the S10 Plus' display is crisp and bright and a joy to use. The slimmed down bezels disappear when watching a video. The cutout doesn't bother me any more than the notch does. Eventually, you get used to a black space in the display, be it in the middle of tucked off to one side. The debate over a notch or cutout will rage on until companies can figure out how to put sensors and cameras below a display.

The thought of three camera lenses on any smartphone is easy to scoff at. I know I did when I first heard the rumors that Samsung was adding a third camera to the back of the S10 and S10 Plus.

In the past, I've praised LG for adding an ultra-wide angle lens to its smartphones and have longed for the day its competitors would do the same. What better competitor than Samsung to be the first?

Also: Gasp! The Galaxy S10 has no iPhone-style notch

Just last week, I was taking a photo of my kids who were all sitting in the backseat of my car. Normally, I have to ask them to cram together while at the same time I lean as far back as I can, trying not to get the front seats in the photo, and ensure they're all in the shot. But with the S10 Plus, I was able to quickly switch to the ultra-wide camera and get everyone in the shot without any issues.

Admittedly, this photo is an odd example to use, but it's one that's stuck with me. We had just arrived at the veterinarian office, where we had to say our final goodbyes to a family dog, and my kids asked for one last photo.

Sure, wide-angle cameras can take some amazing shots outdoors, but in situations like this where futzing over how to fit everyone in the shot is what I really care about.

For years I refused to use a Samsung phone outside of testing because of how heavy-handed the company was with changing Android with its TouchWiz skin. Samsung has cut back on unnecessary sounds and animations over the years, but arguably the biggest change to the company's approach has been the release of One UI.

Also: Here's our best look at Samsung's Galaxy Fold yet

The update brings together Android Pie 9.0 and Samsung's new approach of making its devices easier to use. Moving various buttons and elements towards the bottom of the screen make it easier to use the bigger screen devices with one hand, and the addition of a Night Mode that replaces the bright white system interface with black UI elements makes it easier to look at the display towards the end of the day.

The entire experience feels more refined, in ways that I wouldn't have previously associated with Samsung.

I travel fairly often, and I almost always have more than one phone and a pair of headphones on me. This not only makes trying to account for the various charging cords I need to bring, but figuring out which battery pack I should take is time-consuming and, at times, frustrating.

After discounting the addition of reverse wireless charging to the S10 line, I was converted within a few hours of unboxing the phone. As I sat in a restaurant, eating terrible airport food after leaving Samsung's Unpacked event, I needed to charge the company's new Galaxy Buds.

The charging case for the Galaxy Buds accepts a USB-C cable or will charge on a Qi-compatible wireless charging pad. Meaning, it can be charged by the S10's Wireless PowerShare feature.

So instead of digging into my backpack and digging through cables and a battery pack, I tapped a few buttons on the phone and placed it face down on the table. I placed the Galaxy Buds case on the phone and laughed as it began charging. Once I was done eating, the buds were charged enough to last me the rest of the trip home.

What I like the most about Wireless PowerShare is it can be used when the S10 is plugged in. So, instead of bringing another cable to charge, say, my iPhone, when traveling, I can plug in the S10, turn on Wireless PowerShare, and charge both devices while I sleep.

Despite my willingness to proclaim the S10 Plus as the best Android phone I've ever used, it's not perfect. Over the coming days, once the honeymoon period is over and reality sets in, I plan on diving into aspects about the S10 Plus I would change or just flat out don't like.

Join Discussion for: Galaxy S10 Plus: 4 reasons I'm smitten with...