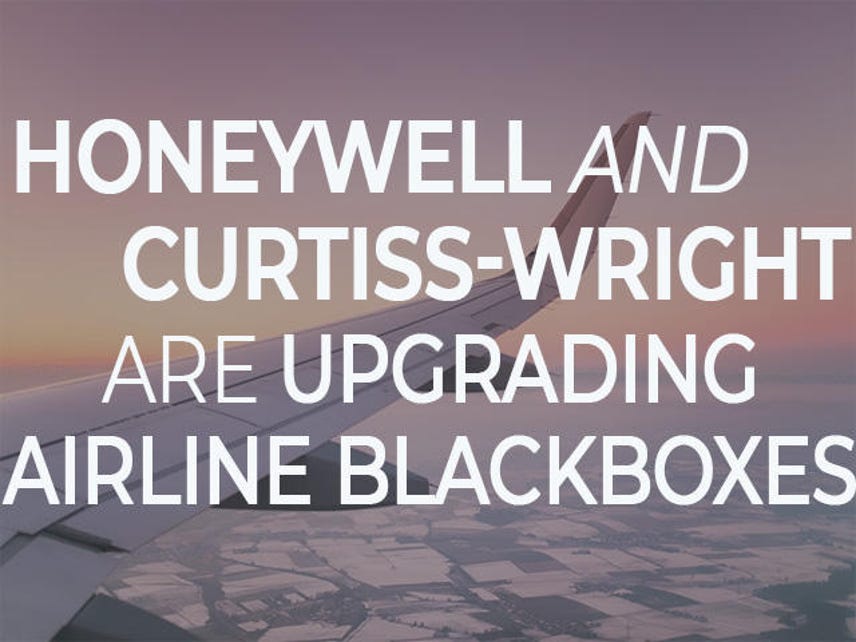 The airline black box is getting an upgrade for the Internet of things and data analytics age.

Honeywell and Curtiss-Wright are planning to use satellite connectivity and streaming data to reinvent the airplane black box recorder.

The airplane black box is designed to record flight data and give investigators key information in the event of a crash. The problem with the current black box approach is that investigators often struggle to find it after a crash.

Honeywell and Curtiss-Wright plan to launch next-generation Cockpit Voice Recorders (CVRs) and Flight Data Recorders (FDRs) that are always connected. For airlines and aircraft manufacturers there will be an option to access aircraft data to improve maintenance and operations.

In other words, the airline black box will become more data driven, timely and able to plug into the Internet of things like other sensors.

Special features: Tech and the future of transportation: From here to there (free PDF) | TechRepublic: Connected aircraft: 4 ways Honeywell is investing in the future of flight

Honeywell and Curtiss-Wright are introducing a new twist with a black box in the sky that will connect to low-orbit satellites. The connectivity costs have come down enough to make the data transfer of next-gen black boxes more palatable. The infrastructure resembles what is used to deliver airline Wi-Fi from the likes of GoGo today.

In addition, regulators such as the European Aviation Safety Agency are requiring 25 hours of voice recording and the timely recovery of data.

Ultimately, Honeywell and Curtiss-Wright are hoping to enable a real-time dataflow from aircraft. Returns from the data could come from predictive maintenance and better operations as well as safety enhancements.

The catch is that the next-gen black boxes will need new hardware and software systems.

Honeywell and Curtiss-Wright said they will develop new hardware for the boxes as well as software to make it easier to access real-time data. Honeywell's Connected Aircraft software will be integrated to store, retrieve and analyze data.

Honeywell will market the next-gen black boxes as the Honeywell Connected Recorder-25, or HCR-25. The 25 refers to the European Aviation Safety Agency's minimum 25-hour cockpit voice recording regulation, which will be implemented in 2021.

To make upgrades easier the HCR-25 will be the same size and dimensions as current cockpit voice and flight data recorders.

Here's a look at how aircraft black boxes work via a Honeywell infographic.