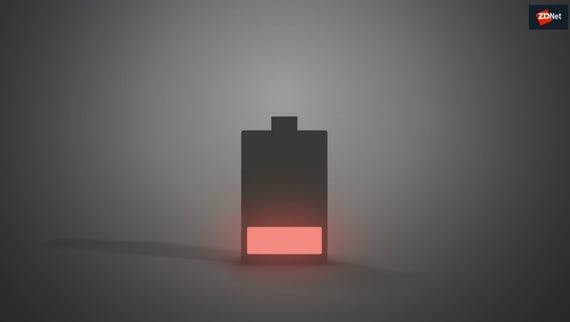 Video: Your iPhone X or iPhone 8 won't charge fast unless you buy this for it

Does it feel like your old iPhone starts to slow down just as the new model arrives?

Bigger is better, but not for much longer

Boasts some fancy new camera tricks that make it attractive... for now.

If so, it's most likely down to new-iPhone envy rather than anything that Apple has done: a new report from tech benchmark testing firm Futuremark shows that Apple in fact does a good job of maintaining the performance of older models when it releases a new version of iOS and new hardware.

Futuremark's report is based on 100,000 benchmark results for seven iPhone models across iOS 9, iOS 10, and iOS 11. The results are submitted from iPhone owners who've installed its 3DMark benchmarking app.

The company's chart for CPU and GPU performance of the iPhone 5s across the three versions of iOS show that performance remained consistent over time. The same was true for the iPhone 6, iPhone 6s. The iPhone 7 results for iOS 10 and iOS 11 also show little difference.

"Our benchmarking data shows that, rather than intentionally degrading the performance of older models, Apple actually does a good job of supporting its older devices with regular updates that maintain a consistent level of performance across iOS versions," the firm notes.

Futuremark released the report in response to a recent blog that suggested iPhones did slow down after new models were releases. The blog mentioned the results of a 2014 study by a Harvard economics student, who used Google search trends to investigate 'planned obsolescence'.

The student found searches for 'iPhone slow' spiked just after Apple releases a new iPhone. But as the lecturer who inspired the research noted at the time, the spike only shows that people suddenly feel that their iPhone became slower, not that it did, nor that Apple actually engages in the practice.

Still, there are reasons why people may feel the performance of their phone is affected after updating an existing phone with a new version of iOS.

"An update might add new features that use more resources or require more processing power. New apps developed for the latest models might not run as smoothly on older devices. Conversely, apps designed for an earlier version of iOS might not take full advantage of optimizations in the latest version," the firm explains.

And Apple can't completely dodge accusations of planned obsolescence given that it does make the iPhone's battery hard to replace and uses special screws that make it more difficult to repair, although iFixit's repairability score for the iPhone shows that it's no worse than many Android phones.

The iPhone 8 -- along with the upcoming iPhone X -- has a knockout feature, but thanks to Apple's lack of courage, most people will never make use of it.

Join Discussion for: Is Apple really throttling your old iPhone?...