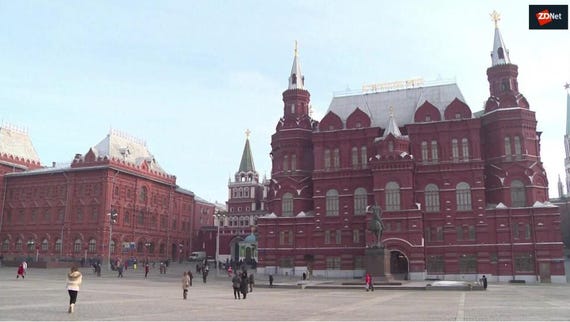 Russia's media regulator is suing both Facebook and Twitter because the companies haven't given it the information it needs under the country's data-localization law.

In 2015, Russia introduced a law that forces cloud and online service providers to store the personal information of Russian users in local data centers. The requirement is ostensibly for Russian citizens' protection, but forms part of a wider drive to regulate what people do online in the country.

Facebook and Twitter have been taking their time in notifying their compliance with the law. In December, Roskomnadzor sent them formal letters demanding that they do so, and on Friday the regulator announced that it has finally received responses from them.

On Monday, Roskomnadzor said it is not happy with Facebook and Twitter's letters. "They do not contain any specifics about the actual execution of the law at the moment, nor the timing of the execution of these rules in the future," it said in an emailed statement. "In this regard, Roskomnadzor is starting administrative proceedings against both companies today."

The Russian news agency TASS also reported Friday that Twitter was not sending a representative to discuss Russian legislation with regulators this month, as Roskomnadzor had wanted. The meeting is "probably" postponed, the report stated.

So what happens if Twitter and Facebook continue to refuse to play ball with Roskomnadzor? Under current legislation, not a lot.

The penalty for non-compliance with the data-localization law would be a paltry 5,000 rubles, or $75, plus a demand that they comply within six months to a year.

However, according to a report in Vedomosti, Roskomnadzor is still considering blocking the popular services if they don't show they are locating their Russian users' data on Russian soil – a move that would surely provoke a massive international outcry.

Russia blocked LinkedIn in late 2016 because of its refusal to comply with the data-localization law. Apple has been more willing to comply.

The legislation is supposedly aimed at protecting Russians' data, but human rights groups see it as a way for Russia's intelligence services to keep citizens' information close to their fingertips.

Since that law's introduction three and a half years ago, Russia has increasingly clamped down on internet use, forcing telecommunications providers to retain users' communications, banning the use of virtual private networks (VPNs), imposing censorship rules on bloggers and activists, and calling on volunteers to help scrub "extremist" content from the online realm.

Most recently, the Russian authorities decreed that all users of messaging apps must be made identifiable, by forcing the operators of those services to verify new users' registration data through their mobile operators.

Also on Monday, Russian culture minister Vladimir Medinsky said in a TASS interview that "there will be a clampdown [on anonymous internet use] throughout the globe in the future".

"I guarantee that we will get access to the Internet 'via a passport' in the future, not just in Russia, but across the whole wide world," Medinsky argued. "This matter will be resolved during our lifetime."

Russia: Now everyone who uses a messaging app must be identifiable

New decree means messaging services will have to check users' registration data with their mobile operator.

Equipment seized by Dutch intelligence points to Russia's involvement in hacking incidents around the world.