Some flaws seem so obvious, and complaints so widespread, that it's hard to understand why they've not been fixed.
Written by Adrian Kingsley-Hughes, Contributing Writer on March 11, 2019 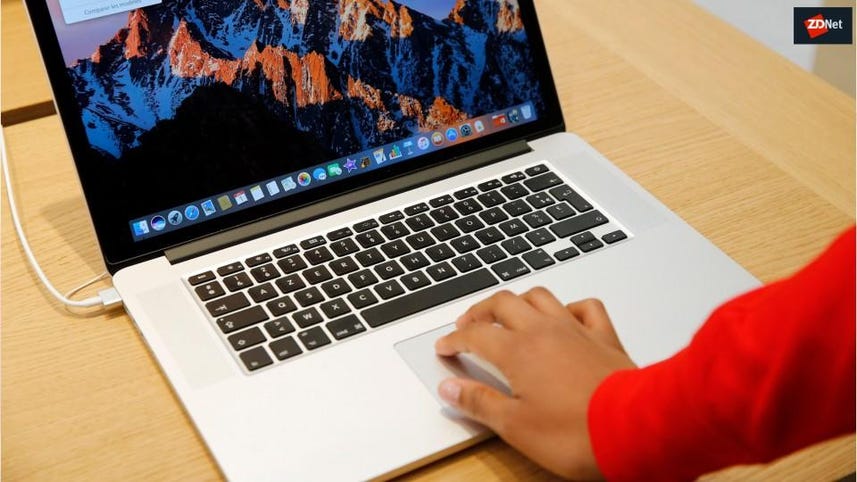 Within about 30 seconds of starting to use my new MacBook Pro, I noticed something annoying. My palm and thumb kept brushing against the large trackpad, both when typing and when using the trackpad.

This is an annoyance because it detects the brush as a tap, enthusiastically moving the cursor about the screen randomly as a result, causing all sorts of mayhem.

"Not to worry," I thought. "I'll just go and find the palm rejections settings and tweak them."

Then I realized that there aren't any such settings in macOS.

I decided to do a quick Google search and see if I'm the only one suffering from this.

People have been complaining about this since Apple super-sized the trackpad with the release of the 2015 MacBook Pro, with the problem seeming to be worse – judging on user feedback – with the 2016 15-inch MacBook Pro.

While some seem to be happy with having a larger trackpad surface area, many feel that the thing is too big and gets in the way of typing. Others like the larger trackpad but wish that Apple had better palm rejection capability built into macOS to allow the accidental brushes to be ignored by the operating system.

But we're out of luck.

Some owners are so frustrated that they've taken to applying strips of tape to the trackpad in order to try to alleviate accidental taps and brushes. It's an ugly – and unnecessary – solution to a problem that Apple could fix with some coding. After all, Apple's iPad has excellent palm rejection capability built into the software.

It's almost as if Apple got so focused on wanting a bigger trackpad so as to differentiate the laptops from earlier models that it didn't consider how to make them usable.

I'm hoping that my brain learns to accommodate for the larger trackpad. But reading other people's experiences with it, I'm not 100 percent confident that this will happen.