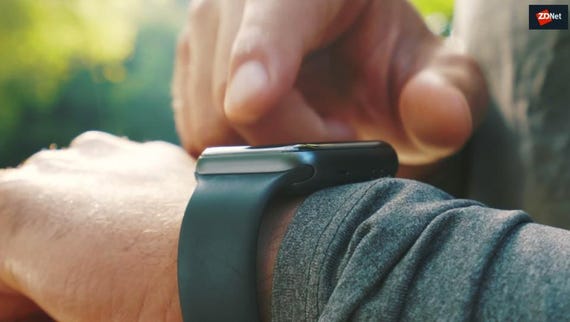 Apple Research: How the app could help boost your health
Watch Now

Once upon a time, I was wary of the Apple ecosystem. That was back in the day of the Macintosh operating system and iTunes platform. I loved the flexibility that Windows offered, and resisted being pulled into what was at the time a niche area of tech.

Then I got an iPod nano (aside: it's still going!), and its simplicity was like a breath of fresh air compared to my previous MP3 player. The thing was so intuitively easy to use, and bombproof with regards to reliability.

It just worked. And I was sold on Apple.

Over the years my investment in Apple's ecosystem has grown from that one iPod nano to an iPhone, a MacBook Pro, an Apple Watch, and an iPad Pro.

But now that ethos of "it just works" has been lost. Now the ecosystem is fragmented, buggy, and on the whole frustrating to use.

Must read: Best gifts: IT pro toolbox and Tech gadgets for non-techies

OK, first off, software means bugs. That's inevitable. But Apple is increasingly drowning in bugs. I've written at length about how buggy the iOS 13 release has been. It's been so buggy that Apple is planning to change its internal development process. Problem is, Apple had a plan in place to make iOS 12 better, a plan that resulted in iOS releases that were plagued by some really nasty bugs.

And it seems that Apple knew how awful iOS 13 was, and yet went ahead and released it anyway.

iOS is getting crappier and crappier.

But it's not just iOS. The latest macOS Catalina release has had some nasty bugs too. These don't get as much airtime, but the uptake of macOS updates isn't as aggressive as that of iOS, and it isn't landing on hundreds of millions of devices within weeks of release.

But for Mac users who have dropped a significant wedge of cash on hardware, this is no comfort.

It's also not just the software. Hardware quality is also not what it used to be. New hardware is released with bugs that take time to fix, battery life is pretty mediocre across all hardware (except the iPhone 11 Pro Max), and prices are still eye-wateringly high.

Then there are all the weirdnesses.

The mishmash of USB-C and Lightning, the fact that Apple Pencil doesn't work on some devices, the intermingling of Touch ID and Face ID, useless features like the Touch Bar, and much more.

The bottom line is that I feel like I'm paying premium prices for Apple hardware, but that I no longer get a premium experience. Some of this is outside of Apple's control for sure and is down to stiff competition, but the buggy releases and inconsistent user experience is totally under Apple's control. And yet, despite years of knowing that iOS development is slipping, it can't get a handle on the problem. What's worse is that I feel that Apple is hiding behind high customer satisfaction scores as opposed to addressing the issues at hand.

Switching over from the Apple ecosystem -- or ecosystems if you use iOS and macOS -- is not an easy task. And Apple no doubt knows this. Deliberate pinch points such as iMessage and Health data have been built into the ecosystem to make transitioning hard.

2020 will be the year that I give serious consideration as to whether I carry on down the Apple path. To some extent I will have to -- I keep my hand in with macOS and Windows and Linux and iOS and Android -- but as to what ends up being my daily driver hardware, there's a lot of good Android and Windows devices out there that are much cheaper than Apple's offering, and offer a good user experience. Sure, there will be rough edges, but there are rough edges with Apple hardware, and I'm paying top dollar to experience that pain.

There would be downsides to shifting from Apple, and it's only fair that I mention them. AppleCare is a good warranty plan, and Apple's distribution of retail stores where you can get help and support is second to none.

Also, while a three-year-old bit of tech is usually worthless on the secondhand market, Apple gadgets hold their value well, sometimes obscenely well.

That could be handy.

Build your own IT pro toolbox - Holiday 2019... SEE FULL GALLERY

Thoughts? If you use Apple hardware, what do you think of its hardware and software ecosystem? If not, what do you use instead? Let me know!