Each time Microsoft rolls out a major upgrade to Windows 10, you have the option to wait a few months before you install it on PCs running Windows 10 Pro or Enterprise. But you have to act quickly.
Written by Ed Bott, Senior Contributing Editor on April 19, 2019 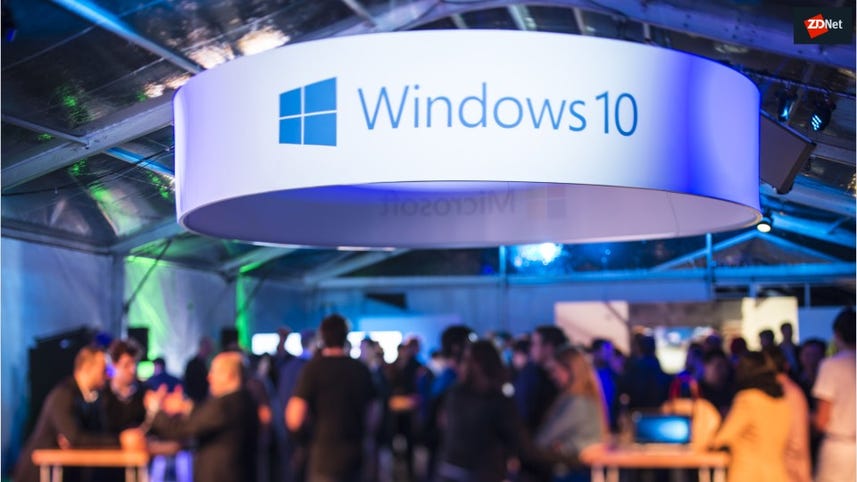 [Note: This article has been completely revised for the latest Windows 10 feature updates. This revision covers version 1903 and was last updated 25-March-2019.]

Sometime this month, Microsoft will finalize its next big feature update. If the company follows its longstanding practice, Windows Update servers will begin delivering the Windows 10 version 1903 update in April, to current installations of Windows 10 that have been running for at least 30 days.

This is the latest feature update in Microsoft's new twice-a-year release cadence, and you should view it with the skepticism any initial public release of a new Windows version deserves. In a business setting, that typically means delaying the upgrade for a few months while you deploy the new release on a smaller number of test devices.

Over the course of several feature updates since the initial release of Windows 10 in 2015, Microsoft has tinkered with the interface for deferring feature updates. The steps I describe here assume that you have already installed the October 2018 Update, version 1809.

And an important note: These procedures are not available if you are running a Windows Insider Preview build. On a machine that's part of the Windows Insider Program, you can pause updates for seven days, but because new builds (full feature updates) are typically delivered weekly to the Fast Ring, the normal defer/delay options aren't relevant.

The good news is that you no longer have to mess with Group Policy settings to defer updates on a standalone PC. Instead, you can take your choice of three options, all available in the Windows 10 Settings app.

Go to Settings > Update & Security > Windows Update, and then click Advanced options to see all three settings, which I have labeled in the screenshot on this page.

Option 1 allows you to choose a servicing channel (previously called a branch). The default setting is Semi-Annual Channel (Targeted), which corresponds to what was previously known as the Current Branch.

You can change this setting to Semi-Annual Channel (the new name for what was previously known as Current Branch for Business, as shown here. That defers feature updates until Microsoft declares them "ready for business deployment." For version 1803, that declaration happened uncharacteristically quickly, a mere two months after the initial release. By contrast, version 1809 was pulled from Microsoft's update servers shortly after release because of multiple quality issues; choosing this option spared devices from being affected by those initial bugs.

Option 2 allows you to specify additional time after the official release to the channel you selected. You can delay the upgrade by up to an additional 365 days from its initial release date; in the example shown here, I've chosen a 90-day delay, which means that the 1903 feature update will not be offered to this PC until at least July 2019.

On any PC where you choose the full 365-day deferral and have opted in to the Semi-Annual Channel, you'll be spared any feature updates until sometime well after the start of 2020. (Here, too, this option is available only on PCs running Pro, Enterprise, and Education editions of Windows 10.)

Option 3 works independently of the feature update settings and allows you to defer the monthly cumulative security updates and any additional out-of-band updates by up to 30 days. In this example I have chosen to delay these updates by 7 days to allow time for testing.

To make the equivalent changes on a corporate network using Group Policy, follow a slightly different set of steps.

Using Group Policy Editor, navigate to Computer Configuration > Administrative Templates > Windows Components > Windows Update > Windows Update for Business. Open the policy Select when Preview Builds and Feature Updates are received, set it to Enabled, and then use the controls to choose your preferred branch. The options here are identical to those in Settings, with one addition: You can also specify that you want to pause preview builds or feature updates as of a specific date. The pause remains in effect for 35 days unless you return to the Group Policy settings page and manually clear the start date.

Just be sure to set a calendar reminder at least a week or two before the expiration date, because you won't receive any warning when the clock runs out. You'll simply see the update offered for installation, with no more options to delay or defer.

Previous tip: Use the Magnifier tool to zoom in on text or objects