Moto G6 Plus review: A lot of handset for a competitive price

Motorola's 2018 iteration of its budget smartphone range comprises a trio of handsets -- the Moto G6 (£219), Moto G6 Play (£169) and Moto G6 Plus (£269), reviewed here. All three have their particular selling points: the G6 sports some impressive specifications for the price, including an octa-core processor; the G6 Play has a 4000mAh battery to help keep gamers happy; and the top-end G6 Plus includes a larger screen and a more capable CPU/RAM combination.

Last year's Moto G5 was a super handset for its launch price of £159, with the Moto G5 Plus providing a more expansive -- and slightly more expensive -- option. So it is with the G6 and G6 Plus, with a price difference of £50 and a considerable hike in specification for that premium.

The trend of releasing 'standard' and 'plus' handsets is slightly confusing, because 'plus' can signify many different things -- a bigger screen, or more advanced internal specifications, for example. In the case of the Moto G6 range, the differences are almost entirely internal rather than external (see the comparison table below, which also includes the moto g6 Play with its high-capacity battery).

There is a slight difference in size between the G6 and the G6 Plus -- but it's literally a couple of millimetres of height and width, and just 0.3mm of thickness. Both have a tall form factor, to accommodate an 18:9 aspect ratio screen.

The industrial design and build quality has a premium feel to it. The long back edges curve sedately into the sides, making this an easy handset to fit snugly into the palm. The reflective, glassy back makes the handset very slippy, somewhat neutralising the palm-friendly effect of the those curved long edges, but it's very much in vogue, and can be found in flagship handsets like the Huawei P20 Pro and Sony Xperia XZ2.

The glassy back isn't a particular fingerprint magnet, but it did seem to attract more dust than the phones sitting right beside it during the review period. The dual cameras protrude a long way from the back of the handset -- a necessary if inelegant design compromise. It's nice to see a 3.5mm headset slot sitting on the bottom edge next to the USB-C connector.

The one real design fault is the location of the fingerprint sensor. There's barely 13mm of bezel beneath the screen. Immediately below the screen is the Motorola branding, and then, as close to the bottom of the handset as it could possibly be, is the fingerprint sensor. This location is the most awkward imaginable, and I dropped the phone several times trying to use it one-handed. The saving grace is that it's fast and efficient -- as, incidentally, is the face unlock.

The SIM card caddy is on the top edge. Where some handsets offer a choice of either second SIM or MicroSD storage, the Moto G6 Plus lacks a second SIM option, offering just a MicroSD card caddy. This may well prove useful because 12.82GB of the handset's 64GB of internal storage is consumed right out of the box.

The G6 Plus has a more powerful processor than the G6 in its octa-core Qualcomm Snapdragon 630 with 4GB of RAM. It's certainly no slouch, handling all of the use cases I tried out during the test period with no trouble.

The 5.9-inch 18:9 aspect ratio screen has a fairly standard 1,080-by-2160 pixel resolution (409ppi) and could use a little more brightness, but is clear and sharp. A colour mode tweaker allows you to alter vibrancy and colour temperature, and a Night Display mode makes reading ebooks for lengthy periods easier on the eye. Night Display isn't available through the general display settings, though -- you have to go through the Moto App to access it.

The Moto App sits right in the middle of the home screen and offers a range of services and system tweaks. Here you can toggle Attentive Display, which keeps the screen on when it's being looked at, as well as set up Night Display, which can be turned on and off manually or set to start and stop at specific times.

The Moto App also offers a host of gesture-based features such as putting three fingers on the screen to take a screenshot and using a 'double karate chop' to toggle the torch. You can also set up fingerprint login and toggle Moto Voice for voice commands. There's a lot here, and much of it is useful, but I'd prefer Moto App's functionality to be integrated with the general Android Settings.

The Moto App is not quite the only addition made to Android 8.0 Oreo. The app drawer has a link to install LinkedIn and another for Outlook, neither of which can be uninstalled.

The biggest surprise with the Moto G6 Plus is the dual 12MP/5MP camera system at the rear, which delivers far higher output quality than the handset's price might suggest. Images are clear, sharp and bright, and low-light performance seems pretty good. The secondary 5MP camera plays its part too, offering fancy features such as a blurred background for portraits, and a very nice 'spot colour' mode which lets you tap any area and just retain that colour, with the rest of the image captured in black-and-white. There is a slight shutter lag, which is a bit of an irritant, but overall the camera impresses.

The 3200mAh battery has a slightly higher capacity than that of the Moto G6, and it coped reasonably well with driving the more demanding processor and slightly larger screen. It delivered the claimed 'all day' battery life, although a morning recharge was required every day during testing. The fast-charging USB-C connector made that process pretty quick.

The Moto G6 Plus delivers a lot of handset for a competitive price. More internal storage would be nice, but at least a MicroSD card slot is available for external expansion. Battery life could be better and the fingerprint sensor is in a very awkward location. The camera is really impressive for a handset at this price, and the same can be said of the hardware styling. Fans of Moto handsets should find plenty to like here. 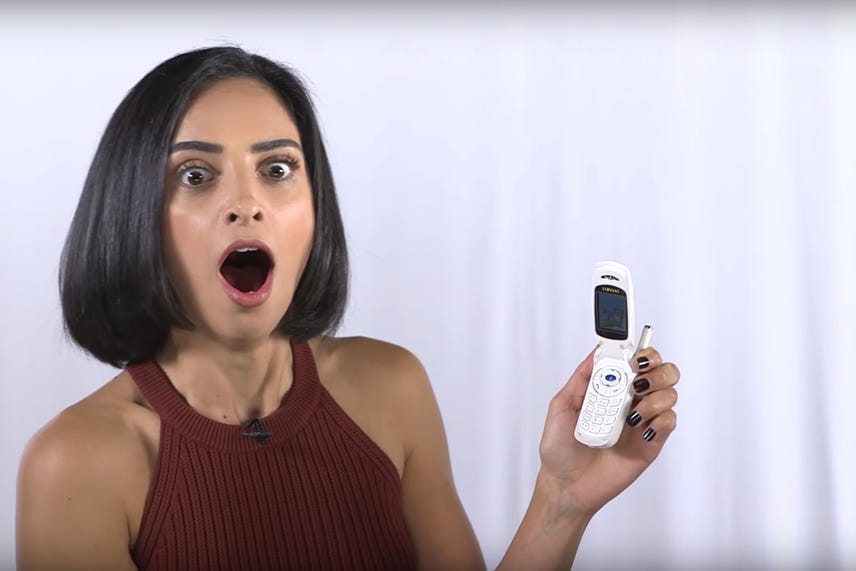 Windows 10, Android and iOS: Gearing up for the next ecosystem battle
Three giants with billions of users; but it that going to be enough?

RIP ZTE: Which Chinese smartphone company is next?
Why is this even possible, in this day and age, that a multi-billion dollar Chinese telecommunications company with thousands of employees is effectively forced to close overnight?

Huawei and Xiaomi smartphone shares surge in Europe amid market decline
The Chinese vendors have further narrowed the gap in smartphone sales over market leaders Samsung and Apple in the region.

Microsoft smartphone-to-PC mirroring could improve mobile workflow (TechRepublic)https://www.zdnet.com/article/lg-bets-on-artificial-intelligence-for-real-differentiation/
Professionals will be able to drag files from their smartphone to their PC, while also accessing text messages and more.

Mobile device computing policy (Tech Pro Research)
Mobile devices offer convenience and flexibility for the modern workforce -- but they also bring associated risks and support issues. This policy establishes guidelines to help ensure safe and productive use of mobile devices by employees, along with recommendations for IT pros responsible for administering and supporting those devices.