Bixby 2.0, an updated version of Samsung's AI assistant, will recognise each individual speaker when spoken to by multiple people and will be unveiled with the Galaxy Note 9 at the earliest, the company says.
Written by Cho Mu-Hyun, Contributor on Feb. 26, 2018 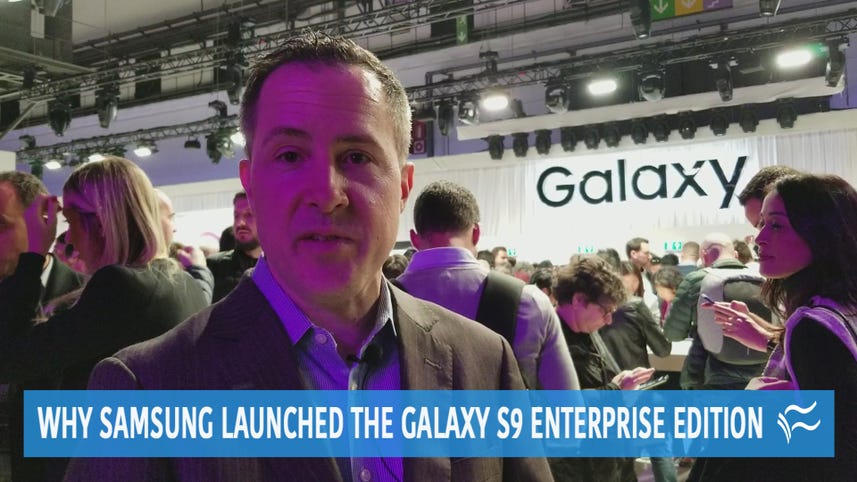 Samsung Electronics will roll out Bixby 2.0, an updated version of its virtual assistant, on the Galaxy Note 9 at the earliest, the company's mobile boss has said.

"For Bixby 1.0, we focused on a fast rollout to the market. Expanding the ecosystem was difficult. So Bixby 2.0 will strengthen this aspect and we are working intensely," said Samsung mobile chief DJ Koh, at a press conference in Mobile World Congress following the Unpacked event for the Galaxy S9 and S9 Plus.

"In December last year, we began taking applications for the public beta version. So far over 800 companies have applied and are testing it."

"At this speed, I think we will be able to unveil Bixby 2.0 when we launch the Galaxy Note 9," he added.

Bixby 2.0 is expected to support more devices outside of smartphones and has upgraded speech recognition. Samsung is planning to roll out the virtual assistant on its smart TVs, starting with its flagship QLED brands that will be unveiled next month.

Samsung is also preparing a technology so that when there are multiple speakers, Bixby will recognize individual voices, according to Eui-Suk Chung, executive vice president and head of software and AI, also at the conference.

"Bixby won't be tied to a specific device. The ultimate goal is to make it ubiquitous," he added.

"Samsung is unique in that it has TVs, refrigerators, washing machines, phones, PCs, and almost every consumer electronics. We also make the module chips that goes in them needed in IoT. AI speaker will also be one among them," said Koh.

On whether Galaxy S9 was innovative, Koh said it was a "matter of perspective" and that the company believed meaningful innovation was not developing technology and forcing it on consumers, but to look for features that they actually use that provide an easy experience.

On Galaxy S9's camera focus, Young-Hee Lee, head of Samsung mobile's global marketing, said that the firm "wanted to make the camera experience fun and dramatize it". "Those who really use it and try out the new features will want to buy the phone," she said.

Samsung has put in dual aperture camera and introduced a super slow-motion feature on the S9.

Koh also said the company was preparing various marketing campaigns and, as the S9 was launched earlier than the S8, expects sales to exceed that of its predecessor.

Samsung will also expand trade-in programs for old phones. In South Korea, the program will begin Wednesday when pre-orders for the new phones begin, until late June.

Koh also revealed that a month ago, he gathered the mobile business to announce that the division will focus on 5G. "A change to 5G will happen faster and more seriously compared to the change from feature phones to smartphones 10 years ago, so we are preparing," Koh said.