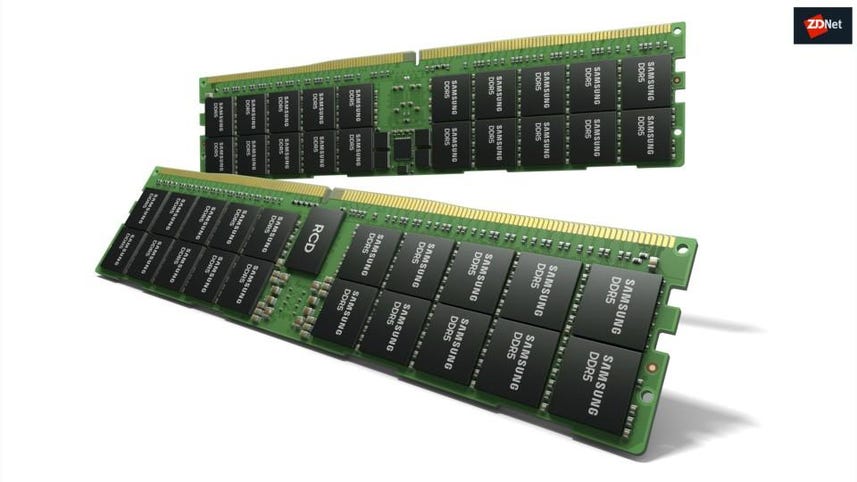 Samsung Electronics on Thursday said it has developed a 512GB DDR5 memory module. It is the company's first DRAM made with the latest DDR5 standard that was set by JEDEC in July last year.

The hardware, made with high-k metal gate (HKMG) process technology, offers up to 7,200Mbps in data transfer rate, over double that of conventional DDR4, Samsung said. The company stacked eight layers of 16Gb DRAM chips for the module, it said.

The memory will be able to handle high-bandwidth workloads in applications such as supercomputing, artificial intelligence, machine learning, and data analytics, the company added.

According to the South Korean tech giant, using HKMG technology for the insulation layer, instead of the traditional silicon oxynitride, will allow the latest hardware to have less current leakage compared to other memory.

It will also allow the new memory to use around 13% less power than its predecessors, making it especially attractive for data centres, the company said.

"Samsung is the only semiconductor company with logic and memory capabilities and the expertise to incorporate HKMG cutting-edge logic technology into memory product development," Sohn Young-soo, vice president of DRAM memory planning at Samsung, said in a statement.

Besides the 512GB module, Samsung is currently sampling different variations of its DDR5 memory product family to customers for verification and certification, the company added.

"As the amount of data to be moved, stored and processed increases exponentially, the transition to DDR5 comes at a critical inflection point for cloud data centres, networks and edge deployments," said Carolyn Duran, Intel vice president of memory and IO technology added.