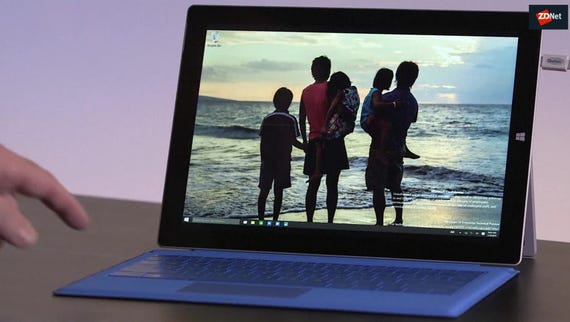 PC sales are growing but will this last?
Watch Now

For the first time in six years, PC sales are showing clear signs of growth. But the Mac just had its worst quarter in seven years.

While they differ on methodologies, both Gartner and IDC agree that the PC market is growing, claiming 1.4 and 2.7 percent growth respectively. But the Mac just had a bad quarter.

A really bad quarter. One that amounted to a 13 percent unit shipment decline year-on-year. Shipments are now at a level not seen since Q3 2010.

It would be easy to blame Apple for this.

While the PC market has displayed high levels of innovation in recent quarters, driven in part by Microsoft and the Surface line, Apple allowed the Mac line up to become stagnant. There was even a hint during Apple's Q3 2018 earnings call by CFO Luca Maestri that the late appearance of the MacBook Pro refresh didn't help.

It's hard to justify spending thousands of dollars on systems that are more than a year old.

And yet Apple tries to do just that.

Macs have also been caught up in a fair bit of negative press lately when it comes to reliability, which doesn't help Apple when it comes to selling computers priced in the thousands of dollars.

It's a popular and well-loved platform, and it's driving sales and upgrades in a big way. All the major OEMs, as well as component makers, I've spoken to over the past year or give credit to Microsoft and the work it has done with Windows 10 for helping to keep the market buoyant.

But another key factor is the fact that PCs and Macs appeal to different markets. While there's no doubt that a lot of professionals rely on Macs to get their work done, the mainstay of the PC market consists of business and enterprise buyers.

And businesses have been buying PCs again.

Also: Surface by the numbers: How Microsoft reinvented the PC

"PC shipment growth in the second quarter of 2018 was driven by demand in the business market, which was offset by declining shipments in the consumer segment," says Mikako Kitagawa, principal analyst at Gartner.

But don't expect this to last.

"In the business segment," Kitagawa went on to say, "PC momentum will weaken in two years when the replacement peak for Windows 10 passes."

So it's likely that the decline that the Mac saw during Q3 2018 is a bellwether for what awaits the PC market once the Windows 10 upgrade cycle is over.

Join Discussion for: Why are PCs sales growing while Mac sales...