Will Alexa get you to roll out the welcome mat for Facebook Portal?

Facebook's Portal devices highlight the fact that they are built with Alexa, but will that be enough reason for folks to welcome them into their homes?
Written by Brent Leary on Oct. 9, 2018 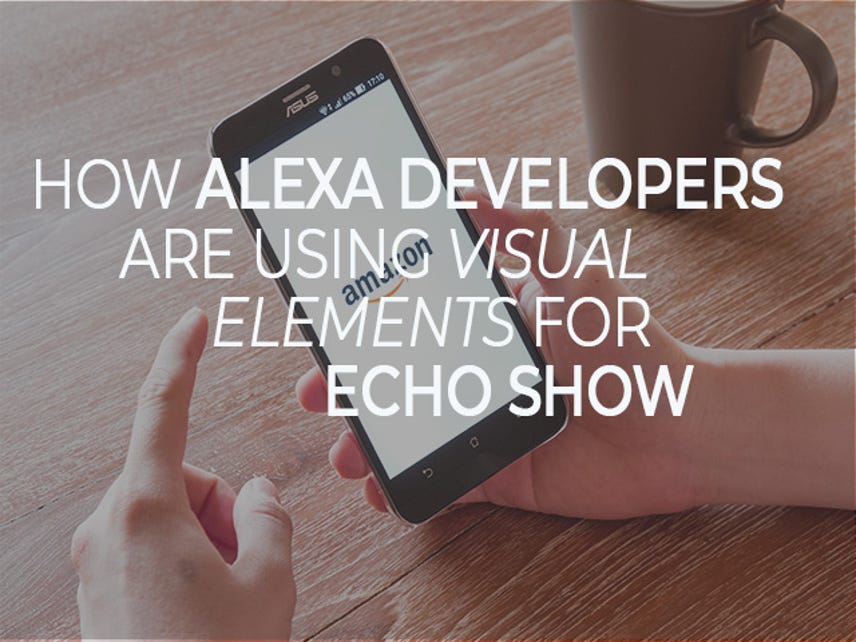 Facebook has introduced a new video calling devices, called Portal and Portal+. These new devices are designed to "improve the experience" you have communicating with friends and family. The tag line says it all: "When you can't be there, Portal and Portal+ let you feel there."

Nice tag lines aside, the camera has some smarts in it that allow it to follow your movement and keep everyone in view. It also has audio tech that focuses on human voices while minimizing background noises, and it allows you to have group video calls with up to six people. It also allows you quickly make calls with folks you're connected with on Facebook Messenger.

Having just watched videos about the device, all I can say is that it looks pretty cool. Both devices have a pretty clean design -- with one seeming like a sleeker-looking Amazon's Echo Show, and the Portal+ looks like a tablet with a 15.6-inch display. But really, the thing that caught my attention the most was images Facebook put out there promoting the devices. More specifically, it was the "Alexa built-in" phrase featured prominently on the screen of the Portal devices.

Portal has hands-free voice control which can start a video call by saying "Hey Portal" along with the name of the person you'd like to call. But it also uses Alexa as the voice assistant for the devices. And, to me, the decision to go with Alexa is the most interesting thing about the Portal. It could signal that Facebook may feel it is too far behind the leaders to try rolling its own assistant out - at least for the time being. And it also may signal that its feels its biggest competition still lies with Google, and so it made more sense to go with Alexa instead of Google Assistant. It also may be a bet that Amazon will figure out an advertising model that meshes better with voice-first devices faster than Google. Of course, that remains to be seen, but according to reports, some advertisers are aggressively moving their search budget from Google to Amazon. Now, it's still Google's world when it comes to digital ads, but Facebook is nipping on the heels, and Amazon is well behind in third spot, but it's a potential game changer in the longer run.

So, to me, it feels like Facebook had a couple of reasons to go with Amazon over Google here- - pushing the "built with Alexa" gets more hype and attention, as Amazon has done a masterful job in marketing its smart assistant. And the other main reason is that it's a shot at its main competitor for our collective digital attention. But, according to a few folks who reacted to the news, Alexa may not be enough to overcome the lack of trust some people have for the way Facebook has handled their data. Even with the disable button and the camera cover on the Portal. The trust issues run deep, as you can see from a few of my industry friends who commented on the news:

"Anyone using this is truly in need of understanding of data usage and privacy."

"Facebook security is *@!*. They will NOT be welcome in my home... not right now... BAD move ... that is NOT the first thing they should be hitting the market with IMHO #norussianspiesinmyhouse."

And then there's this image in response to the news:

Now I don't know if this represents the general population, or just the kind of folks I tend to hang out with, but I do think that Facebook Portal devices have to do way more than be built with Alexa to show people -- who already feel like they're data is being misused by the company that even more of their data (potentially more intimate interactions) -- will be handled appropriately.

And if there is aa breach of trust with the Portal devices, will that not only negatively impact Facebook, but could it also drag Alexa and Amazon (and voice-first in general) down with it? The size and reach of Facebook makes this one to keep an eye on.