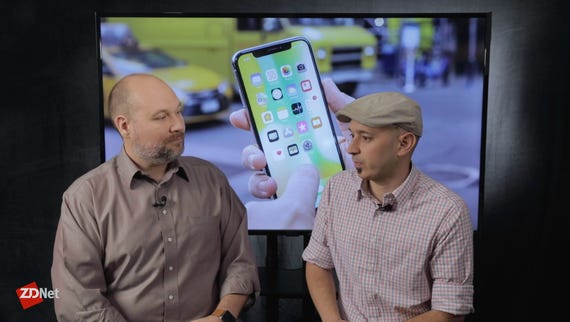 Has our love affair with the latest and greatest tech -- the iPhone, in particular -- gone too far? A new iPhone could be perceived as a good investment in an increasingly mobile economy, if your social media presence can directly affect your ability to put money in the bank. But is it worth getting credit to buy this latest release?

Credit card debt and student loan debt have hit record highs, putting pressure on the very people who now seem to be comfortable borrowing to get a cool phone.

But a cutting-edge smartphone provides a world of possibilities right now. And many agree.

Almost 28 million people believe that getting one of the new iPhone models, launched on Sept. 12, is worth going into debt for. Personal finance website WalletHub has released its 2018 Credit Score and iPhone survey.

It surveyed over 480 respondents in August 2018 to discover what they feel about the latest release from Apple. The survey showed that the new release resonates more with younger owners. More than 18 percent of people under the age of 45 say a new iPhone is debt-worthy, compared to 5 percent of those who are aged over 45.

The decision to incur debt to get a new iPhone may simply come down to which impacts daily life more. Debt is expensive, in terms of interest owed, and our ability to borrow for more important things in the future.

Also: iPhone XS, XS Max, and XR tech specs | Apple's iPhone XS Max price tops out at $1,449 -- and 8 other keynote takeaways | One less thing: No new Macs | iPhone XR? What kind of name is that? | Apple iPhone XS event: By the numbers

Cell phones do have a big impact on our lives day-to-day. One in eight respondents (12 percent) would rather have a new iPhone than a higher credit score.

In fact, 29 percent of cell phone shoppers do not realise that cell phone companies sometimes check credit. One in three (34 percent) say that their phone has a bigger impact on their life than their credit score. This raises to 44 percent of millennials who think the same.

One in five (19 percent) of people would rather have unlimited phone data than an excellent credit score.

Lewis S. Davis, an associate professor of economics at Union College, said: "Economically, it makes sense to go into debt for items that deliver services over several years. If you tend to get a new phone every three years, however, then you shouldn't take out a five-year loan to pay for it."

Many heed this advice. Three out of four (71 percent) pay up front for a new phone. The rest pay using an installment plan. There is hope for sense prevailing.

Three out of four (72 percent) said that they do not plan to buy the new iPhone.

At over $1,000 for most of the iPhone XS models, they might be the most financially savvy of all.

Half of all millennials move abroad for work opportunities -- so where is the best place for them to start a business? A new list reveals where to go.

Millennial tech buyers need to trust brands before purchasing IT

Millennials are influenced by a mix of brand and product attributes, so brands need to use different tactics to reach and engage them.

Where do millennials go for digital media and content?

Where do you prefer to go for inspiration for online media content -- and do milennials get their inspiration elsewhere?

Join Discussion for: Millions think the new iPhones are worth...