CES 2019: Qualcomm President Amon is convinced you’re going to be thrilled with 5G

Qualcomm's president, Cristiano Amon, took some time at the Consumer Electronics Show to discuss how 5G cellular will amaze consumers. He also reflected on how AI processing on smartphones will become more prevalent.
Written by Tiernan Ray, Contributing Writer on Jan. 11, 2019 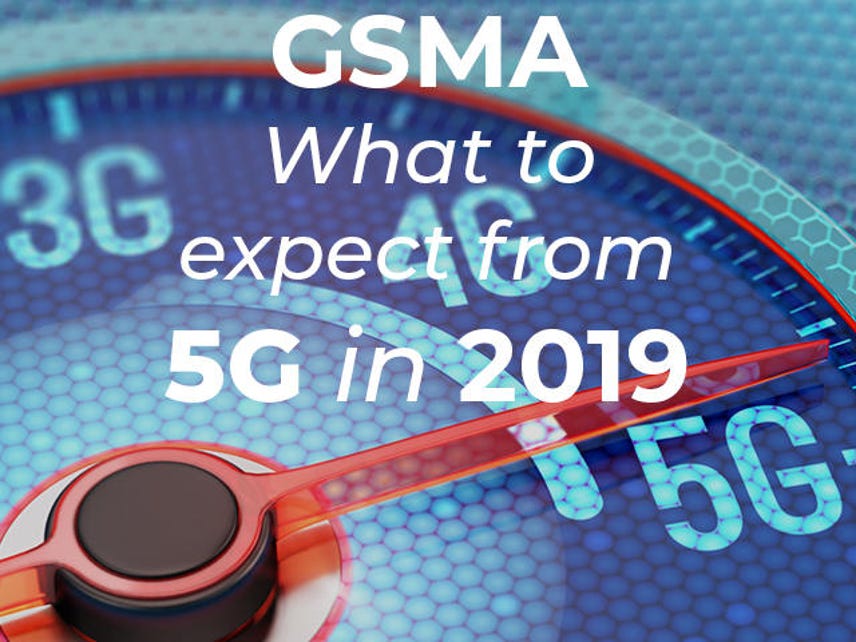 Cristiano Amon, a longtime veteran of chip giant Qualcomm and the company's president, is convinced you will see amazing things from 5G wireless technology, a cellular network upgrade being rolled out by AT&T and others that still remains something of a mystery to the average consumer. "Let's go for a trip down memory lane," he offered, in a chat with ZDNet inside the mammoth Qualcomm booth at the Consumer Electronics Show in Las Vegas this week.

"Remember when 4G started, everyone was saying, Why do I need a hundred-megabit-per-second device?" he reflects. "Carriers told people it would be for connecting a laptop computer.

"Now, we look at our smartphones and we say, How could we live without it? You have to design a technology to last for 10 years."

"By giving developers very low latency, that is one part of the picture," he says, referring to the average time for the first bit of data to travel across a cellular network from phone to tower.

"You will get a phone -- and there thirty models that have been announced that are going to be coming starting in Q2 -- that will have at least ten times the speed you have today, with instant response time. Things you take for granted today like storing music in the cloud, are going to spread to other areas. Video will be as easy to send and consume as music is today on a smartphone. The sports and news that you want will be instantly accessible.

Also: How Facebook deals with the fact AI is a mess on smartphones

"All the social network companies are very excited about it; you will be able to broadcast to your friends; instead of checking their tweets, you will have instant presence with your friends."

The second thing that comes with 5G is a lot more sophisticated partitioning of computing tasks, including artificial intelligence, he is convinced. Whereas today a little bit of machine learning is downloaded to a device, in future, says Amon, cloud computing servers and phones will work in tandem, back and forth, to process neural network models. "That server, with low latency response, is going to become a co-processor for your phone. Think of 5G as a network bus between your phone and the cloud."

It spreads to other areas beyond AI, he says. "Imagine having the capabilities of a $10,000 gaming PC on your phone. You do the rendering on the server, and the output of that is sent to the phone display. You will have on-demand capacity depending on the workloads you need."

Another area is storage: "This whole decision today about how much capacity should my phone have, how much storage, that's going to go away as you have access to everything when yo want it, in the cloud, over 5G."

Come the fall, maintains Amon, it's going to be somewhat hard not to buy a 5G phone. "You will walk into a carrier, you will say you want a new phone, and you might want to initially purchase a 4G phone, but you're going to have to really work for that," he says, meaning, store reps for the carriers are incentivized by the company to steer you toward a 5G device; they will do there best to convince you that 4G is not the way to go, for the kinds of reasons cited above.

Toward the end of the conversation, Amon was asked about the current confusion of AI on mobile. As a recent report by Facebook's AI researchers detailed, the situation of chipsets is something of a mess. Not only is the market highly fragmented between Qualcomm and its competitors, but the vast majority of chips running smartphone software in the wild is six years old or more. There seems to be a need for a more sophisticated level of support for neural networks.

Amon nodded his ascent, and indicated that machine learning will spread to many more parts of the Qualcomm portfolio. "The fastest growth area in silicon for Snapdragon [Qualcomm's mobile chipset brand] is machine learning. And one thing we are doing is bringing the capability across multiple tiers, because the use cases are becoming way more important."

"You will see it come to other parts of the smartphone market, the way you've seen capabilities move through the tiers of mobile."

"Over time, that will not be an issue. We have the 800 and the 700 and the 600 Series [of Snapdragon] today supporting machine learning with AI processing capabilities specifically. We can distribute neural networks across the neural net block, sometimes on the CPU, and sometimes on GPU."

"And for the rest of the portfolio, well, stay tuned."

Metaverse
A business tried to use a 50% price hike as a recruitment tool. It didn't go well