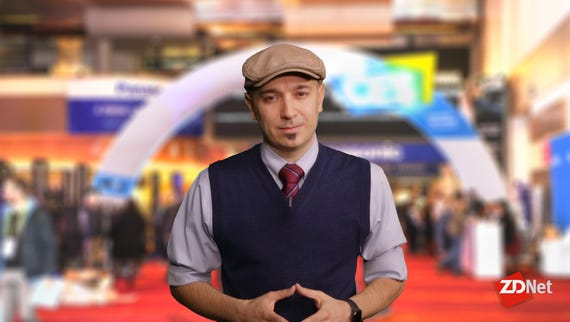 Why CIOs should care about CES 2019
Watch Now

Ford has used CES 2019 to demonstrate how its cellular vehicle-to-everything (C-V2X) technology can be used by cars to negotiate rights of way in four-way intersections without the help of traffic lights or stop signs.

The auto maker said it will continue using Qualcomm chipsets for the technology, with Ford planning to launch the capability -- which also has vehicle-to-vehicle and vehicle-to-pedestrian safety features, including sending alerts to smartphones -- in cars from 2022.

The technology, which utilises Qualcomm's 9150 C-V2X chipset, allows Ford vehicles to listen and talk to other vehicles, traffic infrastructure including lights, and people in non-line-of-sight conditions.

"A car that's involved in an accident can relay its status to approaching vehicles, giving them advance notice of a potentially dangerous situation. Even a pedestrian equipped with a mobile phone could send a signal to vehicles to convey their location.

"Communicating with infrastructure such as stoplights and road signs, meanwhile, means cities have even easier ways of making sure drivers get the information they need to move more freely and safely."

This will only improve with incoming 5G networks, Butler said.

"With plans to roll out 5G cellular networks under way, C-V2X also can complement the built-in features of self-driving cars," he said.

"Billions of dollars are already being spent as the cellular industry builds the infrastructure for 5G networks that will enable C-V2X capabilities; there is no reason for our vehicles not to take advantage of it if that means we can create safer roads."

Ford added that it is continuing to work alongside government agencies, other automakers, road operators, and infrastructure companies on V2X regulations.

Every Ford model released in the US by the end of this year will be equipped with conventional cellular connectivity, which will provide more capabilities than Wi-Fi-driven V2X technologies.

"While these vehicles will be fully capable of operating without C-V2X, the technology could help them create more comprehensive maps of the world that lies beyond the view of LIDAR, radar, and cameras. They could even get real-time updates on road conditions that affect their routes," Ford added.