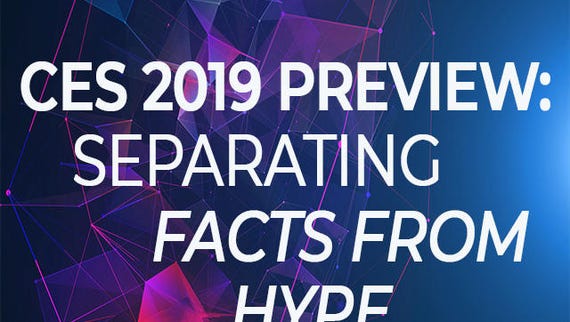 I'm on record as being skeptical of the whole self-driving suitcase thing. A few models were showcased at last year's CES 2018. Though most were in early prototype stage, they didn't inspire much confidence.

If you aren't familiar, self-driving suitcases are designed to follow their owners around, hands-free. Some, like three models from Travelmate Robotics, follow users via a link to a smartphone. If the link is broken or an obstacle is encountered, the suitcase glows via onboard LEDs and alerts the owner ... hopefully before someone trips over it.

Another suitcase on display last year, the Puppy1 by Chinese firm 90Fun, is a Segway-powered self-balancing hard case that follows the leader via a remote control. One of the big gripes about the suitcase was that it lacks obstacle avoidance, which is a pretty glaring omission when the average use case involves navigating one of the worst pedestrian traffic environments in the world. After critical reviews, it's not surprising that the Puppy1 currently isn't available for consumer purchase.

All that functionality comes at a price, of course. Travelmates' suitcases start at $1099 and go up to nearly $1500.

Top of the heap last year, though far from perfect, was a model by ForwardX Robotics called the CX-1. The prototype used a front camera to follow the leader and also homed in on a special wristband worn by its owner. Reviews were mixed. The suitcase did a decent job at following people during demonstrations, though attempts to deliberately throw it off the trail with sudden sideways movements were successful.

Read More: Get the latest coverage and analysis from CES 2019

ForwardX is back this year with a consumer version of its suitcase, now called Ovis. The company packs some pretty sophisticated self-driving gear under the hood  (er ... latches). In automation speak, the rolling robots use "deep learning-based computer vision for high level understanding, VSLAM positioning, reinforcement learning-based navigation and avoidance, and automatic control technology."

What all of that adds up to is a capability that seems utterly critical for self-guided systems of any kind, and especially those designed for pedestrian environments: Judgment.

Ovis has some feature updates from the last model, including a side-follow capability. Placing a hand over the handle engages manual mode, enabling a user to carry it up stairs. And embedded GPS allows users to track the case if they leave it behind or it gets swiped. I'm anxiously awaiting the first police sting involving a tracked robot suitcase.

At $799, the suitcase is pricy, but at least cheaper than the competition. But this still seems to me like a technology in search of a problem. Some end users may benefit tremendously, for instance those with physical impairments that make dragging luggage difficult.

For general consumers, though, the product seems to me more like a high tech, highly sophisticated vanity gadget. If you want to be tailed by your tailored duds, by all means. I'll be dragging my roller bag for foreseeable future.