Everything we know about the iPhone X

A recent leak of the final iOS 11 build and some curious developers tell us everything we need to know about Apple's upcoming phone.
Written by Jason Cipriani, Contributing Writer on Sept. 11, 2017 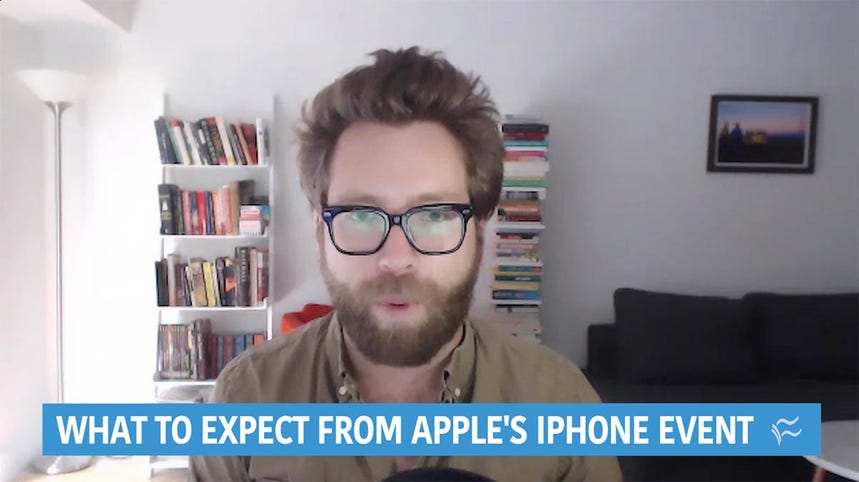 What to expect from Apple's iPhone event

Over the weekend someone leaked a Golden Master (GM) build of iOS 11 to 9to5Mac, an Apple news website. A few hours later, the site -- along with a couple of developers -- started reporting on code found within the update, revealing features, and, yes, even the names of the upcoming iPhones.

The leak is suspected to have been intentional, with the suggestion from well-connected Apple pundit John Gruber pointing at a scorned employee who wanted to get back at Apple.

It's possible some of the final details won't match what's been found in the iOS 11 GM, but most of what's covered below should match up to what Apple announces on Tuesday.

What will the new iPhone(s) be called?

Rumors have long indicated there would be three new iPhones this year. We now know there will indeed be three models: iPhone 8, iPhone 8 Plus, and iPhone X.

Apple is skipping the "S" update, at least in namesake, for the first time.

Whether it will be pronounced iPhone "Ex" or iPhone 10 remains a mystery.

Evidence to support wireless charging -- for at least the iPhone X, and possibly for the iPhone 8 and 8 Plus -- has been found as well.

As of the iPhone X camera, we should expect a 12-megapixel sensor on the back and a 7-megapixel front-facing camera.

It appears Apple's fingerprint sensor will be replaced by a facial recognition feature called Face ID. Face ID will use the front-facing camera and an infrared sensor to create a 3D map of your face, which you can then use for unlocking the phone or authenticating Apple Pay.

As you can see in the video above, the enrollment process for adding your face to Face ID is simple. Scan your face, then tilt the phone, and let the camera map your face.

Using the iPhone X's new 3D front-facing camera, Apple has created Animoji. These 3D emoji come to life using the users' facial expressions and voice. After recording within the Messages app, users then share in a conversation.

This feature will be exclusive to the iPhone X.

There is a notch

Previously leaked pictures and renders have shown the iPhone X to be a bezel-less device, with its screen stretching from edge-to-edge. Device mock-ups used in the iOS 11 GM show the same design, complete with what's been affectionately called "the notch" at the top of the screen. The notch is required for the front-facing camera and facial recognition sensors.

Gone from the iPhone X is a home button, with the side power/lock button now acting as a method to trigger Siri.

A revamped version of Apple's wireless earbuds, AirPods, are now expected. An animation shows little has changed on the outside, with a charging indicator now found on the outside of the AirPod's case.

An Apple Watch Series 3 with LTE connectivity was discovered, with a red digital crown -- presumably the antenna. Free or discounted promotion carrier plans were also found within the code, along with details mentioning how users can accept and place calls, receive messages, and emails, directly from the watch without an iPhone nearby.

Apple TV is about to gain 4K streaming capabilities, complete with HDR playback.

We know more about Tuesday's announcement than I think we ever have going into an announcement. This leak, intentional or not, was incredibly revealing on many different levels. From unannounced products to features, which Apple usually surprises users with during the keynote, to internal specs -- it's all there.

Surely, there are a few things left for Apple to surprise us with, namely the price and release date. If you're interested in watching the keynote, here's how you can tune in.

How the iPhone 8 will change Android

Apple's upcoming tenth-anniversary iPhone 8 will have a big impact on the Android ecosystem and change everyone's expectations of what a smartphone should do.

Want a new iPhone? Here's how and where to sell or trade your current model

The new Apple iPhones will be announced tomorrow, with the price of the high end model likely topping more than $1,000. You can sell your current one to offset some of the cost or even trade it in.

Beyond the iPhone: How Apple is positioning itself for the next big thing

The new iPhone will grab the spotlight, but Apple's other moves are even more interesting.

The iPhone 8's design changes mean owners will have to relearn how to do things they may have been doing for 10 years.