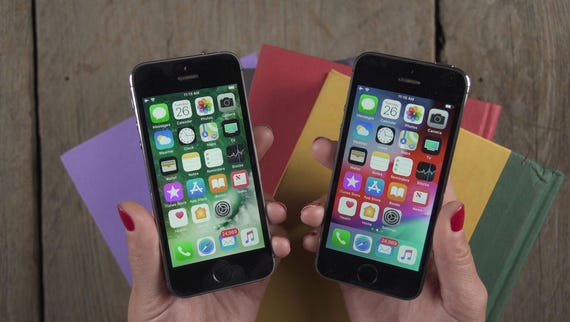 If you're the sort who will want to pull the trigger on upgrading to iOS 12 the moment it's released, there are some steps that you should take so you don't end up in a world of hurt.

When will iOS 12 be released?

iOS 12 will be released September 17.

What else will Apple release?

Along with iOS 12, Apple will release watchOS 5 and tvOS 12.

The recommended way is to tap Settings > General > Software Update and carry out the update from there.

Also: How to download iOS 12 on your iPhone right now CNET

What devices can run iOS 12?

This means not all devices that run iOS 10 can run the iOS 12. Specifically, the following are not supported:

So, the oldest Apple devices that can support iOS 12 will be the iPhone 5s and iPad Air.

Remember that things can go wrong!

Keep in mind that unless you're willing to jump through hoops and do things that Apple frowns upon, going to iOS 12 is a one-way trip, so you might want to let other people go ahead of you just in case there are gotchas.

While iOS 12 doesn't need as much free space to install as some of the earlier releases of iOS, getting rid of apps that you no longer use -- or perhaps have never used -- makes good sense.

Is it better to upgrade or wipe a device clean and start from scratch?

It's a lot less hassle just to upgrade a device, because you get to keep all your apps and settings.

However, devices that I have wiped and reloaded a new iOS onto, and then installed and re-setup all my apps and such, feel faster and seem to suffer from fewer problems (such as Bluetooth and Wi-Fi issues).

However, wiping and reloading the apps and data is pretty big hassle, and it's probably more work than most want to undertake.

Should I hold back on upgrading?

There will likely be several updates to iOS 12 coming down the pike over the weeks following its release, so you might want to wait for the dust to settle and for any last-minute bugs to be squashed before making the leap, especially if you rely on your device for work.

If you don't like dealing with bugs, holding back for a few days might be the wise thing to do. If you like to live on the edge, smash that update button as soon as Apple makes iOS 12 available (but don't say I didn't warn you).

Also: Apple products you should not buy (September 2018 edition)

Also, if you use your device in a BYOD setting, make sure you get the OK from the IT department before upgrading in case you're unable to access the network or data you need.

What happens if I don't upgrade?

Not much. After a week or so you should see a red badge appear on the Settings app. That's about it.