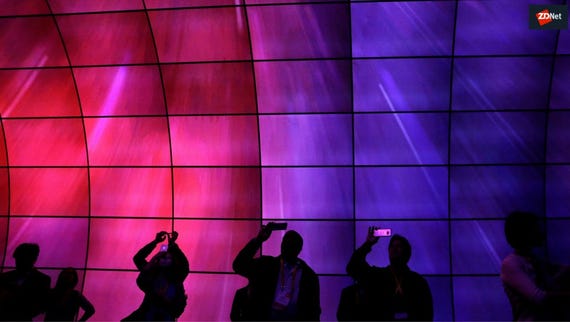 LG Display will invest 20 trillion won in OLED by 2020 and have it account for 40 percent of its revenue, the company has said.

Displays using the technology account for around 10 percent of revenue currently, but it will expand by accelerating the large-sized OLED business, securing technology competence for small to mid-sized OLED panels, and finding new business opportunities in signage and automobile, CEO and vice chairman of LG Display Han Sang-beom said at a press conference during CES.

LG currently supplies large-sized OLED displays to 13 vendors, including Sony. Han said it expects more clients this year, including those in China.

He also rejected concerns of burn-ins raised by rival Samsung.

"Burn-in occurs both in OLED and LCD. It something that we can overcome through algorithms and software," he said.

In small-sized OLEDs, Han said that the firm has solved the core problem with thin film transistors during production and expects a dramatic rise in yield rates. The firm supplied OLEDs for Apple and Google for iPhone X and Pixel 2 XL, respectively, but there have been reports of burn-in.

The company has been the biggest pusher of OLED. Last year it developed a 77-inch transparent OLED display.