Queensland licence application biometrics to be verified by Unisys

The new biometric facial image processing solution is hoping to prevent fraudulent licences from entering rotation in the state.
Written by Asha Barbaschow, Journalist on Sept. 10, 2019 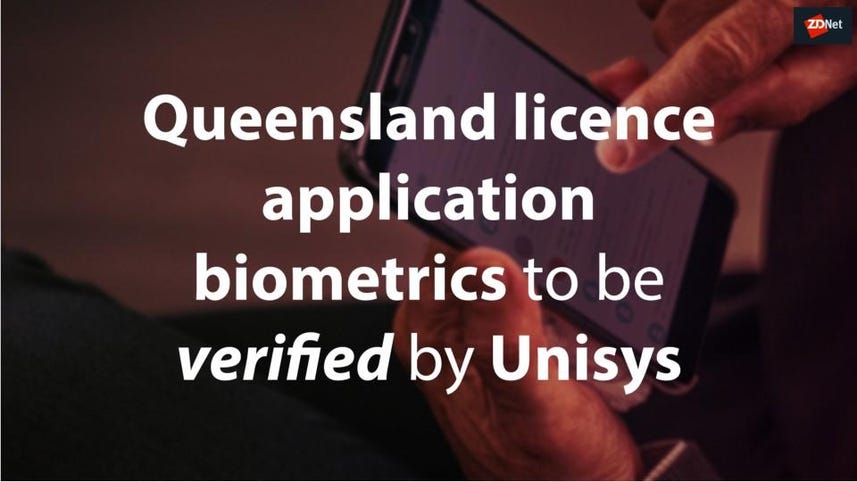 As the Queensland government pushes forward with its digital licence play, the state on Wednesday announced it has signed Unisys to provide facial image processing technology and services for the state's smart card driver licence.

The Queensland Department of Transport and Main Roads (TMR) will use Unisys' Facial Signature Image Processing system, which is based on the company's "Stealth(identity)" multi-factor identity management and authentication solution.

Stealth(identity), the IT services giant said, automates the process of capturing biometric data used to authenticate identities. It also allows for biometric authentication across physical and digital channels, including mobile.

Unisys has worked with TMR since 2009, during which time it said 4.5 million driver licence applications had been issued.

The government last week announced a trial of digital licences, with Maryborough and Hervey Bay the first communities to trial the initiative.

Available through a smartphone app, it will initially include learner licences, recreational marine licences, and photo identification cards, with the government saying it could expand to other licences at a later stage.

The government in October said it was "well on the way" in the development of a digital identification for the state, announcing at the time locals could soon have the option to store their driver licences digitally on their mobile devices.

The state isn't the first to head down the digital licence route. New South Wales kicked off a metro trial last November and South Australians have had the option to hold digital driver's licences on their phones since September 2017.

For the 2018 financial year, the local arm of Unisys posted AU$10 million in after tax profit, on revenue of AU$239.5 million.

The ACIC cancelled the delivery of the biometric identification services project in June 2018, after the system had been substantially built and testing was already underway.

The growing legal and regulatory implications of collecting biometric data

Although biometric technologies make the authentication experience easier, the actual collection and storage of the data is presenting new security risks.

5G
Microsoft Teams could be getting games to play in meetings, says report