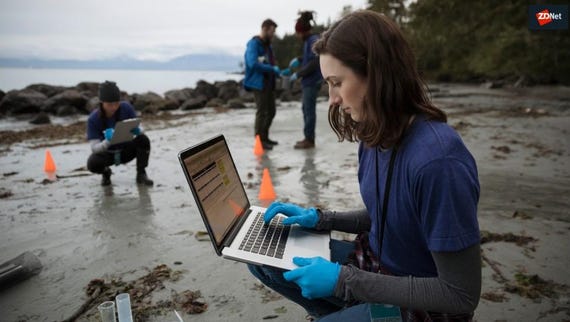 CCS Insight unveiled a set of predictions for 2020 and beyond at its annual future-gazing event in London on Thursday 3 October. With the turn of the decade approaching, the tech analyst firm's timeframe was longer than usual, stretching to 2030. A total of 90 predictions were released (10 fewer than last year), ranging from the properly futuristic ('By 2030, there is a permanent communication station on the Moon') to the very specific ('Samsung launches Galaxy Glasses in 2022').

By 2021, Amazon buys 5G mobile spectrum for its own use in at least one market
Read more on ZDNet & TechRepublic
How 'private 5G' could enable Google and Amazon to become telcos
Amazon unveils drone it says will be delivering packages within months
5G to underpin new digital ecosystem in 2020 (TechRepublic)

In 2020, Apple launches its "Apple Privacy" brand
Read more on ZDNet & TechRepublic
Can Apple compete on privacy?
Apple and Google battle for the future of privacy
Some tech CEOs eyed as untrustworthy but certain companies are still favored

Brain–computer interfaces evolve beyond medical applications into commercial offerings by 2027
Read more on ZDNet & TechRepublic
Neural implants: Why connecting your brain to a computer will create a huge headache for everyone
Type with your mind: We've achieved a first in brain-computer research, says Facebook
Elon Musk's Neuralink uses tiny 'brain threads' to try and read your mind

By 2023, a lack of diversity in data sets pushes a wearable device maker to pay users for their data
Read more on ZDNet & TechRepublic
Executive's guide to wearable computing in business (TechRepublic)
What's in store for the future of wearables?
Diversity and inclusion remains a top priority for permanent and contract employees (TechRepublic)

Netflix is forced to look for new growth strategies from 2022
Read more on ZDNet & TechRepublic
Apple TV Plus will be bigger than Netflix, if Apple does a billion things just right
Netflix motion tracking reveals what the future of ad engagement data gathering may hold
The cord-cutting conundrum: What consumers won't pay for content

In the most forward-looking keynote -- '2020 and the decade ahead' -- CCS Insight's VP of forecasting Marina Koytcheva covered a wide range of topics: the shift of economic power to emerging markets; the growth, age structure and purchasing power of the world's population; and the emergence of 5G, extended reality (XR) and artificial intelligence, which will enable smart cities, factories and homes -- not to mention the 'surveillance state'.

Environmental issues will come to the fore, Koytcheva said, leading to changes in the behaviour of individuals and businesses (witness prediction 8 above, concerning VR and business travel). Mobile phone manufacturers will have to become more proactive about handset recycling, she said, so that environmentally conscious users "don't find yet another reason to hold onto their phones". Koytcheva also noted that, because 5G base stations are significantly more power-hungry than 4G ones, mobile operators will have to get greener. As a result, CCS Insights predicts that a European network operator will adopt an environment-friendly approach to powering its infrastructure by 2021.

On the changing relationship between governments and the technology industry, Koytcheva noted that the world's top ten tech companies generated $1 trillion in 2010, rising to $1.7tn in 2019 -- a huge increase in financial and society-influencing power, which governments are now seeking to control. We're also living in the era of 'tech nationalism', Koytcheva said, where governments use tech companies to leverage competitive advantage against other nations -- Huawei's position in the US-China trade dispute being the topical example.

Where governments lead, consumers often follow, which explains CCS Insight's prediction that brands from Greater China will account for 95% of all smart products sold in China in 2020. As the analyst firm points out: "The lack of a 5G iPhone reinforces the perception that the West is no longer a source of innovation, and further suppresses demand for Western brands."

Join Discussion for: The 15 tech trends that could change everything...