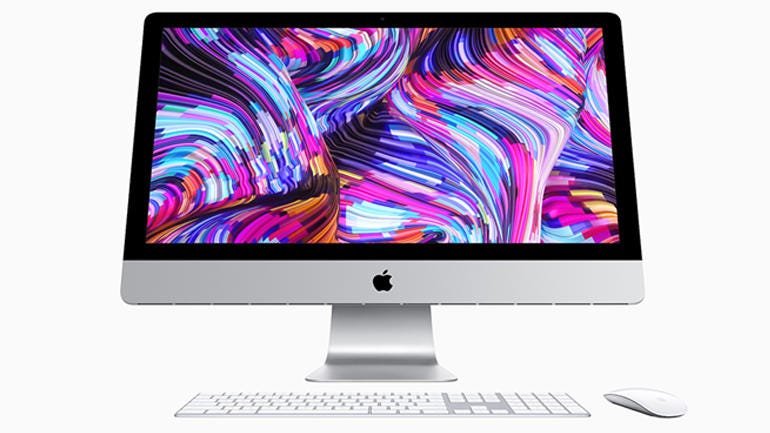 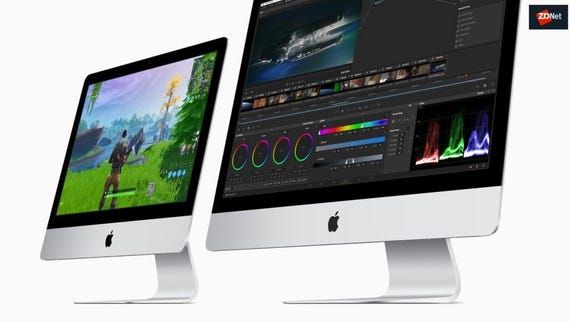 Hardware normally takes centre stage at Apple's big keynote events, but the recent unveiling of Apple News+, TV+ and Apple Card services overshadowed a number of significant hardware updates. Along with new versions of the iPad Air and iPad Mini, and the second-generation wire-free AirPods, the veteran iMac also received its first major update since June 2017.

This year's iMac is essentially a 'speed bump' that brings it up to date with the latest Intel processors. However, Apple's recent discovery of VR and AR has also prompted it to improve the iMac's graphics performance, resulting in what it claims is 'a 2x performance boost' over previous generations. That will be music to the ears of Apple's professional and creative users, who need a fast machine for graphics or video work, but who can't afford the eye-watering price of the iMac Pro that was also launched in 2017 (and recently updated).

The external design of the 27-inch iMac hasn't changed for this 2019 update, and its 5K display remains the iMac's crowning glory (especially considering the cost of standalone 5K displays). The 5,120-by-2,880 resolution (217.6dpi) is pinpoint sharp and vibrantly colourful. It's practical too, as it allows video editors to work with 4K video at full size on-screen, while still providing some additional space for the complex menus and tool palettes used in various editing programs.

Other features, such as the two Thunderbolt 3 ports, four USB 3.0, and Apple's wireless mouse and keyboard remain unchanged. One odd omission, though, is the lack of the T2 'security chip' that Apple has used in most of its recent releases, including the new Mac Mini – Apple's most affordable Mac. Admittedly, the days when the iMac was presented by Apple as an affordable home computer are long gone, but the recently revamped Mac Mini now fills that gap in the Mac range quite impressively, as well as providing a less expensive option for business users who might prefer a more modest or affordable display.

The real change with the 2019 27-inch iMac arrives in the form of new CPU and GPU options. As with previous generations, the 2019 edition of the 27-inch iMac offers three standard configurations, with prices unchanged since 2017. However, all three configurations have replaced their quad-core, 7th generation Intel processors with new, six-core chips that offer a significant performance boost.

The third configuration offers a more significant upgrade, adopting a 9th generation six-core processor for the first time in the iMac range, increasing the Fusion drive to 2TB, and adding a Radeon Pro 580X with a full 8GB of video memory. The odd thing about Apple's pricing is that it's actually the more expensive, high-end models that offer better value for money, although the miserly 8GB of RAM and Fusion drives used in all three standard configurations models remain annoying – especially given the costs of Apple's memory and storage upgrades.

Thankfully, the 27-inch version of the iMac does still allow you to open a small panel on the back of the display in order to install additional RAM, up to a maximum of 64GB (an option not available on the 21.5-inch model). That, however, remains the only option for user upgrades and repairs, with a conspicuous void continuing to hover over Apple's plans for a more upgradeable Mac Pro revamp.

A closer look at Apple's claim of 2x performance boost reveals that this figure is averaged out over a number of tests conducted by Apple, but the build-to-order configuration we tested does still provide a real challenge to the iMac Pro.

The raw processor performance of Intel's 9th generation chip is certainly impressive, with the 2019 iMac achieving Geekbench 4 scores of 6395 for single-core performance and 33,700 for multi-core. That gives it a slight edge over the entry-level version of the 2017 iMac Pro we tested, which managed a single-core score of 5,134, and multi-core score of 31,400.

The current R20 version of Cinebench abandons GPU tests, although the older R15 release scores the iMac at an impressive 162fps, compared to 120fps for the iMac Pro, and 99.5fps for the 2017 edition of the iMac. The Unigine Valley graphics benchmark produces a more modest result when running its Extreme HD settings, but still manages a very respectable 54.8fps. Even the Fusion drive performs well, given that it's a hybrid HD/SSD device, recording read and write speeds of 2,864MB/s and 1,885MB/s respectively.

The overlap between the iMac and iMac Pro ranges is a little puzzling, but the improved performance of the 2019 iMac will be welcomed by owners of older Mac models who have eyed the iMac Pro with envy and empty pockets. The iMac Pro – with up to 18 cores in its Xeon processor – will still be more adept at workstation-level tasks, such as 3D animation or editing multiple streams of 4K video. But for many professional users in fields such as video, design and audio, the 2019 edition of the standard 27-inch iMac will be a very welcome upgrade. 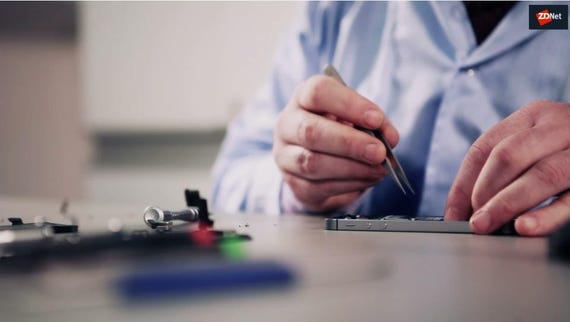 Apple hardware updates have become boring, and the company knows it

MacBooks still have keyboard problems? I went to two Apple stores to find out

How to configure Mac Deploy Stick to deploy macOS (TechRepublic)