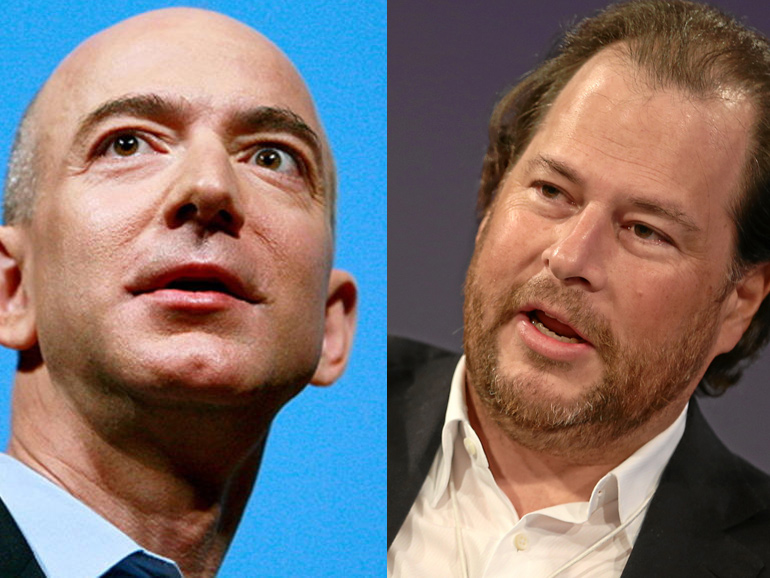 They've taken a beating of late.

Why, I suspect some of them have been to so many ashrams and spas that they've even started to beat themselves.

Yet today is National Compliment Day, so let's spend a moment ululating the praises of those who have led our tech companies into such significant times.

Also: Where have all the great tech leaders gone?

Let's laud Facebook CEO Mark Zuckerberg for his sheer brilliance in pretending to listen and understand, while at the same time continuing to do exactly as he did before. It's truly a rare talent, one that many politicians surely observe with envy.

Let's raise a hosanna to Twitter CEO Jack Dorsey, who's perfected the art of saying nothing at all while stroking his beard, making him look like a rising star academic who still can't quite believe he's just got another book deal.

Let's not forget Amazon CEO Jeff Bezos. He's excelled at giving jobs to those cities that really didn't need them, while ignoring those that really, really did. And all while pretending to run an egalitarian competition among almost every city in America.

Google CEO Sundar Pichai must also be placed on this Rushmore of Rational Genius. He uttered perhaps one of the great tech retorts of all time when a Republican congressman asked him if Google could track his movements across Congress. "Not by default," explained Pichai. Actually, a bonus hosanna for Pichai, as he also managed to claim: "Our mission is to protect your privacy." And immediately, your harsh opinion of Google changes.

Another whose contribution has been sadly underrated of late is Tesla CEO Elon Musk. He's proved that he can compete with the very best practitioners. Of Twitter, that is. There, he can offer musings such as the 70 percent likelihood that he'll move to Mars and everyone will pay attention. Darn it, he got me again.

Then, there's Apple CEO Tim Cook. Yes, he's trying to fight for the primacy of privacy. A greater mission, however, is to keep on insisting that the iPad Pro is a computer, until someone believes it. That deserves only the the deepest bow of respect.

While our heads are bent low, let's leave them there in honor of Microsoft CEO Satya Nadella. He uses more intelligible sets of words than Dorsey, and has managed to perfect the art of being entirely likable while leaving you little idea of what he really thinks.

I have one remaining hosanna. It's for Salesforce CEO Marc Benioff. He's been the loudest and most cogent critic of, well, his own kind. In just the last few weeks he's declared that AI should be a human right and insisted that San Francisco is "a train wreck" because of the tech industry.

He also ditched his iPhone and iPad, which brought him the stunning revelation that he works too hard.

Praise him, praise him.

Way to go, tech leaders. Here's to another year for you to earn even more praise.