Full Bio
Posted in Between the Lines on January 8, 2019 | Topic: Artificial Intelligence 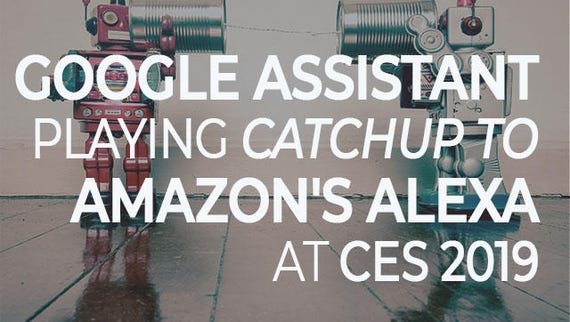 Lenovo launched a Smart Clock that goes along with its Smart Display and Smart Home Essentials devices. And as far as clocks go Lenovo isn't exactly reinventing the category. In fact, Lenovo's device, which is "purpose-made for your bedroom," relies on Google Assistant for its brains.

But that's only half the story. The other half of Lenovo's digital assistant tale is its Smart Tabs, a category of 2-in-1 tablets powered by Amazon Alexa. These Smart Tabs come with a dock that make it either a tablet or smart home hub.

If you're going "meh" at this point I can't say I blame you, but there's a broader point. Lenovo is delivering devices with Amazon Alexa and Google Assistant. Lenovo's strategy isn't exactly unique at CES 2019 where many vendors are launching SKUs with Alexa, Google Assistant or both.

Google also outlined a series of updates for Google Assistant including a partnership with Sonos and enhancements to enable flight check-ins, interpretation tools and availability without unlocking your Android phone. Google also launched Google Assistant Connect, a program to help manufacturers integrate its digital assistant. The program has just launched and Google said it will have more to share about Assistant Connect in the future.

Welcome to the digital assistant duopoly. Like the cloud war, Amazon raced ahead to the pole position, grabbed share and developers and then Google made its play. At CES 2019, Google has a big presence. The company is deploying Amazon's Alexa Everywhere strategy from 2017. Back then, Amazon started its campaign to embed Alexa in multiple devices. And Amazon has never taken its foot off the gas pedal. CNET is tracking all the Google Assistant and Alexa announcements out of CES 2019. Many vendors are integrating with both digital assistants.

Simply put, the main takeaway at CES 2019 isn't that you'll have one primary digital assistant but two. And yeah you'll probably have Apple's Siri, Microsoft's Cortana or Samsung's Bixby tucked away (and largely forgotten) somewhere.